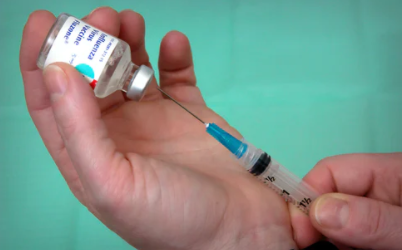 The Anti-vaccination movement began in the mid-1800s when the smallpox vaccine was introduced. Some people chose not to vaccinate their children because of the potential risks that they felt vaccines could impose on them. Ever since then, the anti-vax movement has become more and more popular. The Washington Post says that 9 percent of Americans question the safety of the measles vaccine and 3 out of 10 people think that vaccines shouldn’t be mandatory. As the anti-vax movement spreads, so has measles.

On December 23, NBC News reported that Austin, Texas had its first measles case in two decades. This was an extreme surprise to everyone in the city and was extremely alarming because the person who contracted it had been recently traveling before being aware of having the illness.

By July of 2019, News Scientist writes that there were over 1000 cases of measles in the U.S. This is the most ever seen in one year in  American history. Before that, the largest had been in 2014 with 667 cases. To cut back on this number, public kindergartens require that all children have a measles vaccine before enrolling. Procon.org says the three shots that are required from every state for a child to enter kindergarten is the DTaP, the MMR, and the Varicella vaccine.

Measles is a disease that has been brought back into our world through people refusing to vaccinate their children. As more and more people start to deny the measles vaccine. this sickness becomes more and more prevalent in our society.