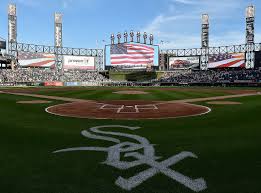 Every Chicago White Sox fan out there is still asking this question, when is the next time the White Sox will make the playoffs? It’s coming very soon, most think this is “the” year. The last time the White Sox made it to the playoffs was in 2008. They have had over a decade of underperformance and very embarrassing seasons here and there. But this year that all can change with some of the offseason acquisitions they have made.

To start off they signed Yasmani Grandal from the Milwaukee Brewers on a four-year, $73 million contract. Grandal adds great defense for the Sox and also a big bat that the Sox have been lacking over the years.

Next, they add a Cy-young winner, all-star caliber pitcher, and someone whose won 20 games in a season. Dallas Kuechel agreed on a 3-year, $55.5 million contract this offseason. Kuechel will add an elite pitcher and hopefully will make the Sox pitching staff that much better. Pitching was one of the keys this offseason for the Sox and with this signing, they have upgraded tremendously. Don’t forget Lucas Giolito who made an all-star appearance for the Sox as well last year. The fact is the White Sox have very good depth in the starting pitching spot.

The White Sox then added a right fielder, a position they needed very badly. In a trade the Sox picked up Normar Mazara. Mazara is very good against left-handed pictures and the Sox hopes he can be a solid right fielder for them.

As well as the offseason was going for the Sox, they believed they needed one more piece to make this team great. The Sox have been looking for a big-time sign that would get this team over the hump. And sure enough, it came. The signing of Edwin Encarnacion boosted the fan base’s hopes and confidence for this team. Encarnacion is a powerful bat in the lineup and will give this team 30 or more home runs.  Although most think that’s all Encarnacion does he will also bring a leadership role to this team and provide a veteran clubhouse presence.

Over the past two seasons, the Minnesota Twins and Cleveland Indians have been the most competitive team with the Sox. Even though the AL Central is not the toughest division in the league the White Sox are a team that could make a lot of noise. The Sox have consistent hitting and have upgraded a lot in their starting pitching. No other team in the Central has that kind of personnel.  They still have a lot to build off of last year, increasing their win total by 10 games. This might not sound like a big feat, but with as young as a core as they have it showed a lot of improvement and maturing by the young fellas.

With all this said the White Sox have made a statement that they are in “win now” mode. Meaning they have made big signings so they can start to get their respect back. This should be a fun and interesting year for all Sox fans and I’m sure all of them can’t wait for March 26 at Guaranteed Rate Field on the South Side of Chicago.