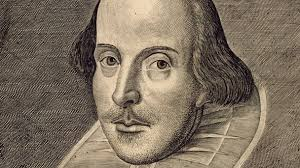 Shakespeare is one of the most notable poets and playwrights of the English language to have ever existed. He has created amazing works of art that have changed the English language and even much of society. According to Poets.org, “Shakespeare’s words and stories are returned to again and again and have earned him the title of the ‘Immortal Bard.’” This quote embodies the belief over his influence in society as we still, overall these years, recite and go back to his masterful work. Shakespeare’s influence has spread to our modern culture and society in many ways. His influence can be seen in our language, culture, and society today.

Shakespeare has influenced our language by shaping its modern grammar and vocabulary altogether. Writer for Day Translations, a website dedicated to language and language translation, Bernadine Racoma wrote, “The introduction of new words, as well as phrases, had greatly enriched the English language, which made it more expressive and colorful.” Shakespeare’s additions to our language, clearly helpful and generous, created more opportunities for future writers after him to represent their true meanings and overall writing. This is something the quote comes back to the ability Shakespeare had to make our modern writing more colorful and expressive with mood. In fact, Shakespeare contributed 1,700 words to the English language and helped shape many modernly used spellings and grammar.

Shakespeare’s place in modern culture is very important and deeply ingrained due to his very noticeable details in his plots. For instance, a character’s choice drives the plot. Shakespeare inspired much of the media and the arts resulting in their plots being similar to Shakespeare’s original plot structures. These plot structures of his, as previously mentioned, have other appeals to them used in both media and the arts too, as said by Carina Jarmillo: “…journeys in his plays are dynamic and his characters undergo a significant amount of change…” The use of change seems to interest and appeal to people to his stories and similar ones. We see these themes in movies and plays like “West Side Story,” “My Own Private Idaho,” (a movie starring Keanu Reeves and River Phoenix)“The Lion King,” and many more.

Shakespeare’s impact on society has become so immeasurable that it even has affected individuals. I interviewed English teachers Cassie Castro and Amy Biancheri for their own interpretations of the Bard’s imprint in language, culture, and society. These interviews will see how Shakespeare has influenced them as individuals.  Instead of solely talking about society’s feelings on him as a whole, it’s nice to come down to a couple of English teacher’s feelings and interpretations of the Bard.

I have learned from these teachers that Shakespeare’s influence on them is as great as it is in society. After asking Mrs. Castro,  “Do you feel Shakespeare is a modern influence of society?” She stated, “ I feel the themes of his work were so driven by action and thought, and it’s still seen today, the actions and thoughts he presents, so I believe Shakespeare influenced modern society through displaying actions and thoughts still represented by society.” Her response made the point that his writing of actions and thoughts truly are represented in modern society, the love he wrote in his stories are read by many people, as they can relate to feelings of passion towards another from which he writes about. Next, I asked Mrs. Biancheri, in her interview, “How has Shakespeare influenced you as a person?” she said, “ I believe Shakespeare has influenced me as a person by showing beauty and humanity through his writing, that theme is universal, and that his writing applies to everyone.” This statement is also was making a point that Shakespeare’s influence, theme, and writing altogether paints a picture for society.