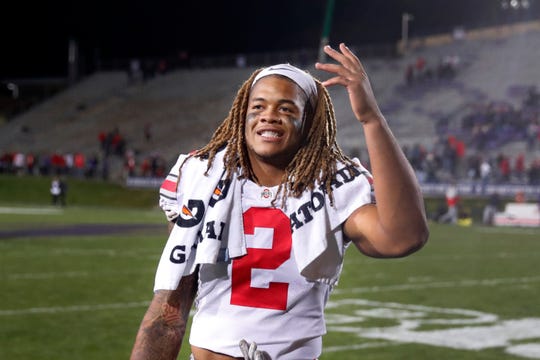 Getting paid to go to college to play sports is an athlete’s dream. There has been a lot of controversy recently about college athletes getting paid. As of now, it is illegal but a lot of people want to switch that around. It is the right thing for the NCAA to pay all athletes.

First off, if the athletes are allowed to get paid, it is said that the increase in graduation rate would skyrocket. From 2006-2017 there have been 113 one-and-done basketball players. One and done means that the athlete attended college for one year, then went straight to the NBA so he could make his millions of dollars. The NCAA can prevent that type of path by paying the athletes so they can stay in college longer. Most of these players don’t even come back after their professional careers to graduate. By solving this problem, you pay the college athletes so they have a reason to stay in college and graduate.

People hear all these scandals about how colleges have been paying athletes to come to play for them, giving them team gear, donations towards their families, and providing them money when needed. This year there were two major scandals on paying athletes in college. The first one was charged to Ohio State defensive end Chase Young. Young was found to have paid for a flight to send his girlfriend to come to watch him in his Fiesta Bowl game at the end of the 2018 season. According to the Chicago Tribune Young said, “I made a mistake last year by taking a loan from a family friend I’ve known since the summer before my freshman year at OSU.”  Young then went on to explain that he worked off all of the money he used for the loan last semester.

LaMelo Ball, currently ranked number one in this year’s draft class took a different approach when it came to basketball after high school. What Ball decided to do was go overseas so he could make money and still play basketball. In April of 2019, LaMelo announced that he would definitely be going back overseas to play professional ball.

There have been more instances like this before. For example, Emmanuel Mudiay went to play in China before coming back to the NBA. The NCAA is causing these very entertaining players to leave the country and play somewhere else so they can make money and not have to worry about scandals and violations. This past year, two of the top five players in the class of 2019 went overseas to play basketball: RJ Hampton and LaMelo Ball.

People also make the argument of saying that kids will start to just work on their athleticism for their whole life, knowing that if they can just get a scholarship they will make money. This will take away the academic side of college sports. Also, it could be considered unfair to all the geniuses in the world, who don’t get paid anything to be very smart and go to class every day. This doesn’t make sense because all people have a choice in life on what they want to do. Athletes chose to be athletes, smart students chose to work hard to be smart. They chose what they loved and worked hard for it. When these athletes have spent their entire life in the gym getting faster and stronger they deserve to be allowed to get paid.

The NCAA already makes millions of dollars from all the events and big games to be aired on big television programs. For example, Jesse Washington from The Undefeated writes, “The NCAA collects $1.1 billion per year from CBS and Turner for broadcast rights to the basketball tournament.ESPN pays $470 million annually for the College Football Playoffs.” This is an absurd amount of money that could very well go to college athletes and help them out. Remember that being a college athlete is almost like having a job. These kids are in the gym for up to eight hours a day; they don’t have time to go out and find jobs to make money.

NCAA needs to really look back over the idea of paying college athletes. The graduation rate would go up tremendously and make kids want to stay in college to finish it out, not leave early. Along with that the violations and scandals would disappear; all the kids would have to worry about is playing ball and not the outside distractions. It could really make the athletes want to stay in college, which overall would help the NCAA.