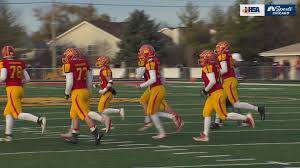 On Sun., Jan. 19, Batavia Boosters invited adults to golf at TopGolf to raise money in order to help pay for Batavia high school’s purchase of turf.

More than 200 adults and 50 staff members attended the fundraiser at TopGolf. Golfing, food, and soft drinks were included at the event.

“We played a couple of games of TOP GOLF and socialized for a couple of hours,” said BHS athletic director David Andrews.

Regarding amounts paid toward the turf, BHS Chief Financial Officer Anton Inglese stated, “The Boosters pledged a total of $500,000 for the field turf at BHS.  So far, they’ve paid $380,000. We expect that they will pay $60,000 late this spring and another $60,000 next spring to reach their goal.”

Batavia Bulldog Boosters committed to pay for a portion of the Turf Field over six years. This was the fifth year of the event. “In rough numbers,” Inglese said, “the total project was $1.4 million, which included the field turf and refurbishment of the track: the turf itself was $500,000, the site work for the field and track was $500,000 and the track surface was $400,000.”

Their attendance at the event has been beneficial over the years, as they have helped to raise money to help reach their goal of $1.4 million dollars. “It’s turned into a very nice community event and brings a lot of people together,” Andrews said.“This event sponsored by the boosters has grown into a tradition that community members look forward to. It’s a different fundraiser and since it’s in the middle of winter, it’s a unique thing to do.  Even if the temps are well below zero, people show up to support the boosters and to have fun.”

The purchase of the turf has been helpful, due to both the purchase and the bargain the turf serves for the field, as it benefits gym classes and sports because of being available for use all the time.