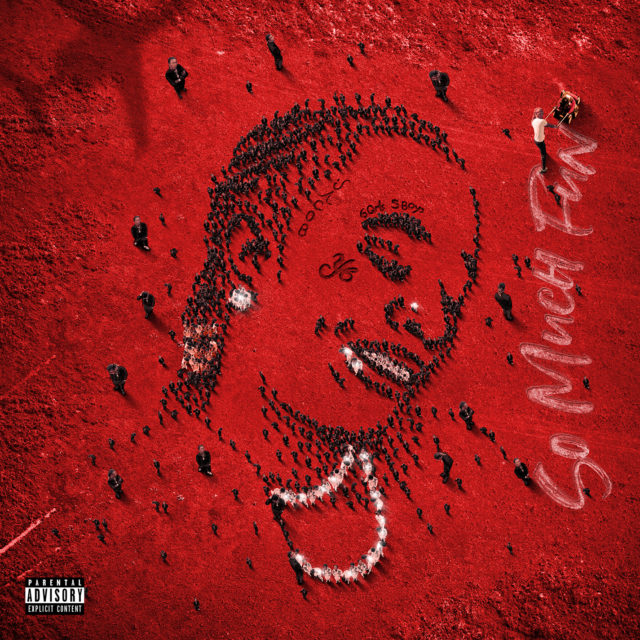 Young Thug has been one of the most influential rappers in the modern hip hop era, and his newest album, So Much Fun, perfectly encapsulates the new age rap sound. This album deserves a listen from any fan of the genre, as there are many different sounding songs, varying between production and the vocal works of Thug.

The first song off the album shows the new Atlanta trap sound, using acoustic guitar samples for the beat, and was a more emotional start than expected from Thug. The production on this song along with many others on So Much Fun was one of the most notable aspects of the album. It had a large range of producers including Wheezy, Nick Mira, Pi’erre Bourne, Southside, Pvlace and much more.

Aside from the top-tier production, however, Young Thug fits each beat perfectly. The signature Atlanta trap sound, melodies with a mix of synthesizers, pads and acoustic guitars, Young Thug’s album shows what the new sound of Atlanta is. The music can range from putting the listener in their feelings, and then by the next track, be dancing their heart out. His clever bars, mixed with the melodies of his voice create a great listen for the fans. The lyrics don’t overshine the beats, and the beats don’t carry Young Thug. Thug is really able to fit into the beat well, not having his vocals carry him on the beat, or the beat carry his vocals.

Young Thug wasn’t alone on this album either, though. His album had features from Future, Gunna, Lil Baby, Lil Uzi Vert, 21 Savage, Lil Keed, Quavo and more. Thug had a song on the album called “Mannequin Challenge” that featured the late Juice WRLD, as well. It’s a great album to be played at parties or other outings with friends. It delivers the type of music that makes someone forget about everything important and focus on fun and enjoying the moment.

The final song, “The London”, was a single that was released in May of 2019 and made Thug’s album. With features from J. Cole and Travis Scott, this song does a good job of tying the whole album together and is a good conclusion for So Much Fun.

My interest was piqued the entire time listening. Each song flowed into the other one quite nicely, making it an entertaining time for the listener. There was a good variance in mood, and sound between each song off the album, and I did not feel a single style or sound was repeated throughout the whole thing. This album has lots of potential to wind up as one of the greatest hip hop albums ever in a few decades.  Since its release, many fans have gone to say it’s a classic, despite it only being released since August of 2019.