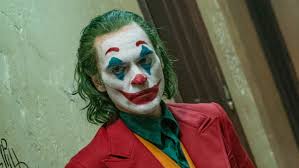 Mental illness has been a serious problem recently and it is shown in the movie Joker, a movie that everyone should see; there are multiple lessons viewers can take away from the movie.

Joker is one of the most impressive films of the year. With a little action here and there and scenes that you have no clue what will happen, Joker leaves you on the edge of your seat.

The movie is set in Gotham City which seems to be a low-income city.

The main character, Arthur Fleck (Joaquin Phoenix), lives with his mother, who is very ill and about to die. They live in a small apartment that is very dirty and small. Arthur suffers from a mental illness that makes him laugh uncontrollably.

Early on, Arthur works as a clown on the streets, advertising companies and making people laugh. But when a group of teenage bullies comes along and jumps him, he gets a dark feeling inside of him that makes him think violence is the answer. He later collects a gun from what used to be a co-worker of his.

As the movie continues, Arthur keeps getting bullied and finds out news about his upbringing. When he figures out he has been abused at a young age, his mom went to jail, and his dad left him, he decides to turn against everyone.

One day he meets a neighbor of his in the elevator and instantly has a crush on her. He tells her he is a comedian and does stand up comedy. The problem is he doesn’t know any stand up comedy so he ends up laughing on the stage the whole time. The video of him laughing uncontrollably goes viral, he then gets upset and uses his anger to kill people.

All together Joker is a movie that people need to go see in order to comprehend what mental illness is like and what goes through the heads of people with mental illness.