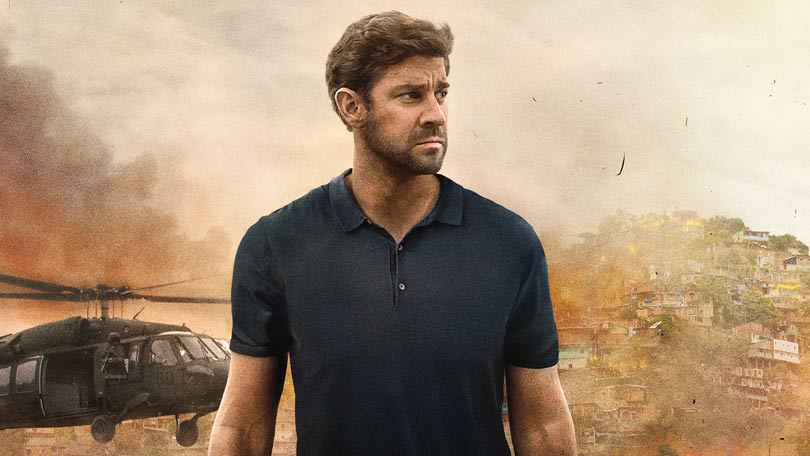 Jack Ryan, the former analyst who took down one of the CIA’s most wanted terrorists, Mousa Bin Souleiman, is back for another season. Ryan has a new title, CIA head of Terror, Finance, and Arms Division (T-FAD). In season two, however, the storyline doesn’t revolve around a terrorist threat in the United States, but some suspicious activity in the politically corrupt South American nation of Venezuela.

Overall, I really liked the show. I watched all eight episodes within two days because each episode would leave me wanting to know what came next. If I had to critique it, I felt like it was a bit predictable as well as repetitive at times, and the plot was occasionally hard to follow. Season two Jack Ryan had a much different personality than in season one, and I really liked his new confident self.

Ryan heads to Caracas, Venezuela to investigate a Russian ship that was spotted in the Venezuelan jungles carrying illegal arms. While at his hotel’s bar, Ryan has a flirtatious conversation with a woman who eventually plays a big role in the plot before he heads to dinner with United States Senator, James Moreno. On his way out of the hotel, Ryan runs into none other than his former boss, Jim Greer, who just happens to be in Caracas for the same reason he is.

Ryan and Greer request a Black Ops unit be sent to the jungle to provide backup in investigating the compound where the Russian crates are being held. What Ryan finds in the crates is not what was expected, and he will need to use his old analytical skills to figure out why Venezuela would want the contents in the crate.

Unlike season one’s ISIS-centered plot, season two has a broader focus that combines action with politics. Ryan travels around the globe, and must learn to cope with people he hasn’t worked with in the past in order to put an end to the dictator-esque Nicolas Reyes regime.

In season two, Ryan is a man on a mission. He’s no longer hesitant about saying what he wants, and won’t take no for an answer. Lots of people really enjoy his nerdy personality from season one, and wish that they would have seen more of it in season 2, but I actually thought it was awesome to see him develop into a new man and take charge of government operations.