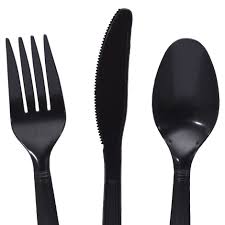 By Ben Budke and Madison Waldschmidt

With climate change currently happening,  everyone may seem to be asking what is the harm with plastic? Plastic is harmful in many ways, not just it’s composition, but other health-related matters. Plastic is used around food, buildings, and other useful products such as helmets, electronics, and flooring. The use of plastic in BHS should decrease, as it may harm students within school and students outside of school, as it hurts the environment. Plastic use can be unhealthy and terrible for the environment. If schools and the world went plastic-free students would be able to eat hot lunches without the worry of possibly receiving any health risks within and outside of school.

Kids in school are given the choice for many food options such as chips, salads, drinks, or pasta, but all options are packaged in plastic. If using bags or cardboard it is easier to dispose of and safer for the kids and staff who are consuming it.

“A new study from Stanford University’s Prevention Research Center has found that meals served at schools may contain unsafe amounts of bisphenol A (BPA), a chemical compound that has been linked to a laundry list of health problems, including hormone disruption, ADHD, and cancer,” said Gabrielle Canon.

Students are given lunches daily, but they potentially could acquire serious health issues due to plastic packaging. If lunches could become plastic-free, students could avoid health problems.

“They found that in school lunches, BPA concentrations depended on the meal served, but that some lunches—especially the ones made with canned fruits and vegetables rather than fresh—contained more than half the amount considered toxic in animal studies, Canon said.

The health risks of plastic do not just target students, but also the world.

“The world is currently producing nearly 300 million tons of plastic each year – a significant amount of which will end up in the oceans,” said Chelsea Ritschel, a writer for “The Independent.”

The mass production of plastic is insane, as it harms the planet and animals. The plastic around the world is both affecting the atmosphere and the oceans. Plastic is also affecting the soil that we grow all of our foods.

“Researchers in Germany are warning that the impact of microplastics in soils, sediments, and freshwater could have a long-term negative effect on such ecosystems,” said the United Nations Environmental Programme. “They say terrestrial microplastic pollution is much higher than marine microplastic pollution – estimated at four to 23 times higher, depending on the environment.”

Plastic is affecting the soil, which we desperately need. As people urbanize enough, the soil becomes scarce and is a crucial necessity for growing food, rebuilding the environment, and helping ecosystems. We see the harm inflicted on ecosystems as plastic becomes a part of the land and animals.

Going plastic-free would decrease health risks for anyone who consumes food from plastic packaging. It would also benefit the world and create a healthier environment for animals and people to live in. These benefits would make a better world for the next generations to come.

After contacting the Chief Financial Officer, Anton Inglese told us that the information was not an easy question to answer. He told us that a small case in figuring out the usage of plastic at BHS would be necessary to answer our questions. This shows that this question of plastic removal at BHS has not been truly visited, and if it has it has not been in full depth. Hopefully, in the future, this change will be evident at BHS for the likelihood of the students and the environment.