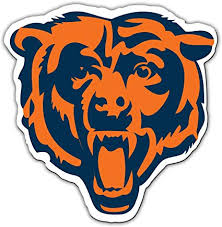 Top 10 NFL teams of all time

It’s Super Bowl week! Let’s do a countdown of the top teams to ever be assembled. Hopefully, this article will give background knowledge of the NFL and allow for a comparison of the present-day teams to the teams back then and how different they are and how the game has evolved.

The 1996 Packers had a stud quarterback in Brett Farve who was on his way to winning his third MVP trophy in a row. Along with their great offense, they had an outstanding defense. Leading the way was defensive lineman Reggie White, arguably one of the best to ever play that position. They finished the regular season 13-3, beating teams by an average of 17.3 points, going onto win Super Bowl XXXl.

The 1999 Rams were known as the “Greatest Show on Turf” with their deadly passing attack and a great running game. Quarterback Kurt Warner, who won MVP that season, had multiple targets including Isaac Bruce and Torry Holt. Many thought of them as the Madden-come-to-life team. The Rams won 13 games in the ‘99 season, beating teams on average by 23 points, truly dominating every team in their path. They ended up winning Super Bowl XXXlV against the Bucs.

The 70s was when a dynasty was born for the Pittsburgh Steelers. They didn’t have a star-studded team to get them all the way to the Super Bowl. The defense was solid and the offense did what they had to do to win games. In 1975, the Steelers went 12-2 and outscored teams by a total of 211 points. They went onto beat the Cowboys in Super Bowl X.

This group was one of the most dominant teams in NFL history with both sides of the ball showing off its skills. Quarterback Steve Young led the offensive charge along with Jerry Rice. They defeated the Chargers fairly easily in Super Bowl XXlX. Young threw for a game record six touchdown passes while the defense had the player of the year in Deion Sanders.

In 1991, the Washington Redskins went on a tear, outscoring opponents by a total of 261 points. The offense led the team to an astonishing 14-2 regular season while surpassing 40 points in five of those games. Their offense wasn’t the only standout to the ‘91 Redskins; their defense had three shutouts over the course of the year. The Redskins went onto win Super Bowl XXVl.

The ‘72 Miami Dolphins are the only team in NFL history to win the Super Bowl without losing a game. But with that being said, they did not have the toughest schedule to reach that point. They played two teams that finished above .500. This team didn’t have anything special on offense, only winning by a combined 17 points through the playoffs. That being said, they went onto win Super Bowl Vll.

Rice had proven to be a top receiver in the league and helped surge the 49er’s offensive attack in the playoffs. After ending the regular season 14-2, the 49ers got a high seed in the playoffs so they could easily make it through. In the playoffs, they beat their opponents by a combined score of 126-26 in just three games. In the Super Bowl, they dismantled their opponent, the Denver Broncos, by a whopping score of 55-10. To this day, it is still the most lopsided Super Bowl in NFL history.

The Packers finished the season 13-1 and defeated teams by a margin of three touchdowns. Eleven Hall of Famers were on this roster without including one of the most legendary coaches of all time: Vince Lombardi. They went on to win the NFL championship that year.

Arguably the best team ever, the 49ers were the first team ever to win 15 games in the regular season and 18 games overall. Joe Montana and Bill Walsh were a deadly duo that no one wanted a piece of. They went through the playoffs defeating the Bears and Giants by a combined score of 44-10, then ended up winning the Super Bowl 38-16 over the Dolphins.

“Da Bears” dominated the league in ‘85, allowing just 12.4 points a week and totaling up 64 sacks over the year. They beat teams by an average of 18.1 points, went on to win 15 games in the regular season, and shut out both opponents in the playoffs before the Super Bowl. The Bears ended up beating the New England Patriots 46-10. The “46 defense” let up 10 points through the whole playoffs and beat teams by a combined score of 91-10. The team was stacked with Hall of Famers and is most famous for the Super Bowl Shuffle.