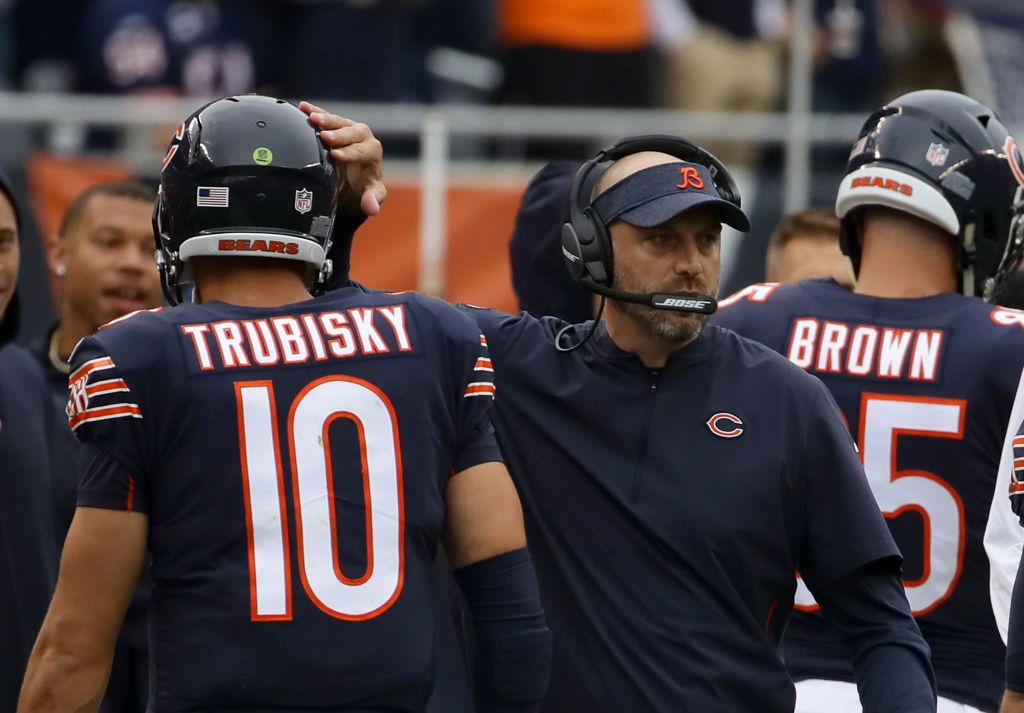 The Bears 2018 season showed lots of promise. Mitch Trubisky showed great development and the Bears ended up going 12-4 with a dominant defense led by Khalil Mack. However, going into the 2019 season with high hopes they regressed to 8-8 with a tough schedule. The defense remained dominant though the offense was lackluster, Unable to score much or get possession time. We will look at three major developments, in non-specific order, the Bears need to have in this off-season to be a threat again.

Throughout the 2019 season, the Bears offensive line was bad, ranking 29th out of the 32 teams in the NFL. Often with many penalties called on them and getting blown off the line. Not giving time to Trubisky to make reads and not opening holes for the run game. Almost always being dominated by the other team’s defense this left the offense hanging with little time to adjust. With Kyle Long’s retirement, even more questions have arisen as to who will replace him at right guard. The Bears have already hired a new veteran offensive line coach.

With the downfalls of the offensive line more of a presence was demanded of Chicago tight ends however they were not apparent, often not being in for blocking help or when they were being completely ineffective as a blocker and even less effective in receptions. The Bear’s tight ends ranked at the bottom of the list across the league. The Bears do have hope in a tight-end, JP Holtz, who improved the blocking game and was a relatively able receiver. There is already talk of who the Bears can pick up in the free agency, the biggest names being Eric Ebron, Austin Hooper, and OJ Howard.

The main point of criticism in the 2019 season was Mitch Trubisky. After a good 2018 season fans hoped for even more development to be the final piece for Bear’s future success. Unfortunately, for a multitude of reasons, based upon his, the receivers and O-line performance the season was lackluster. The number one thing to be done is to help Trubisky become better able to make reads and flourish all while lacking tools for success. Getting a new quarterback isn’t an option as the salary cap room is really tight. After the Khalil Mack trade, The Bears don’t have any high draft picks. For this reason, the only route is the development of Trubisky.