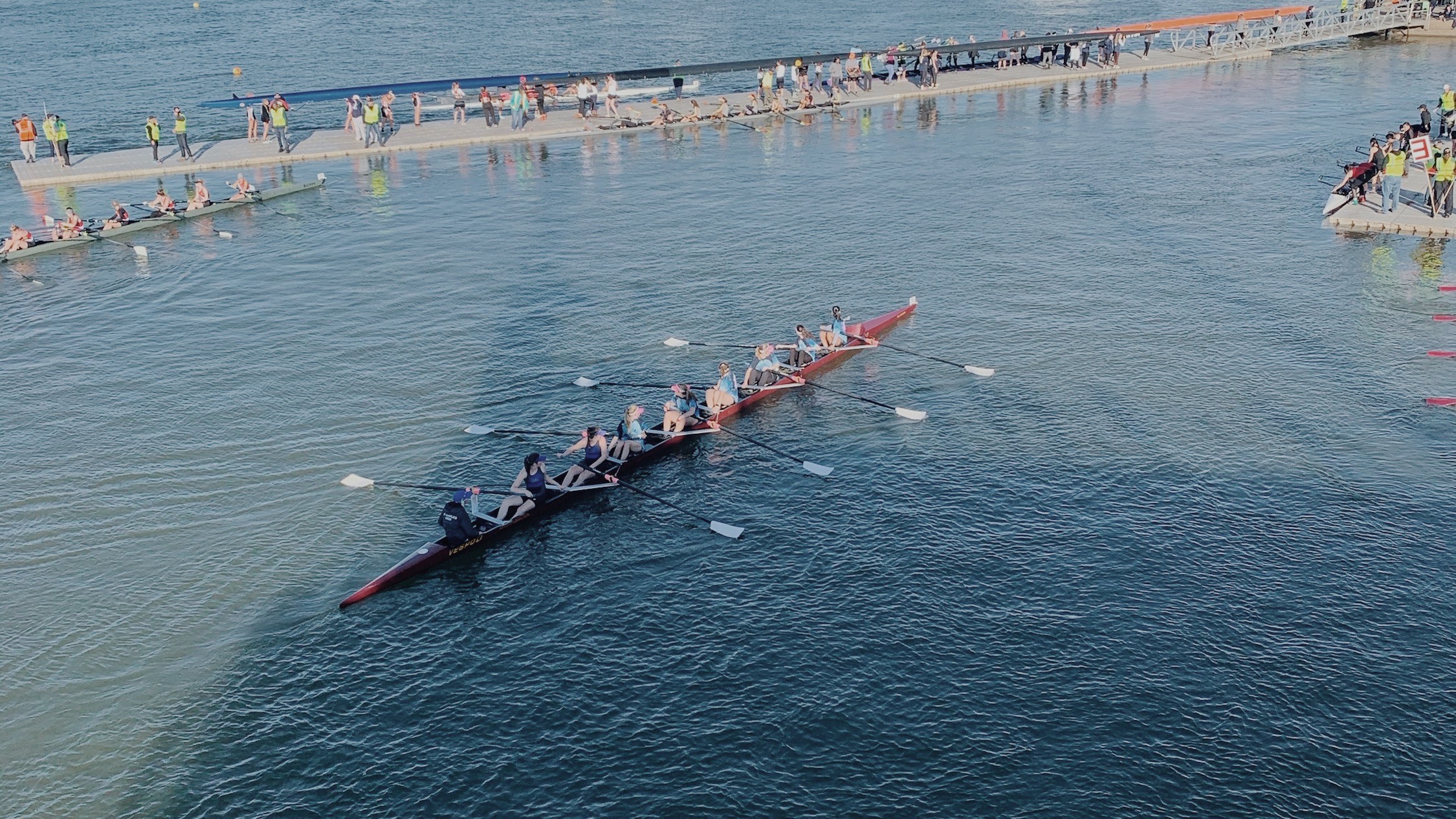 By Aubrey Rupp and Lauren Kalsch

A senior at Batavia Highschool, Bella Jordan, is taking a large step in her athletic career.  She has recently decided to be a walk-on recruit for the University of Louisville rowing team in the fall of 2020. Jordan has been rowing for over a year with the St. Charles Rowing Team and is beloved by both her coaches and teammates, they said.

Jordan started rowing on Jan. 31, 2019, and almost immediately fell in love with it. With just over a year of rowing experience under her belt, she said she knew it was the sport for her.

“I had just quit volleyball and wanted to try another team sport. I had a friend who had been on the St. Charles Rowing Team for a while and recommended I come and check out practice with her,” Jordan said. “As soon as I walked in, I practically fell in love. The people were so genuine and the sport was so interesting.”

After months of practice, Jordan feels as though she is ready to pull her a sprint piece that could possibly change her life and decide which college she goes to. She feels stressed but confident that she can achieve a personal best by a significant amount of time.  After 8 minutes and 18 seconds, Bella finishes. Her legs are pounding and her mind can’t think straight but she finished the piece better than she ever could’ve expected. Her previous times were 2:15 per 500 meters and she dropped it down to 2:04 minutes per 500 meters. After beating her personal record by over 10 seconds Bella quickly realized that she may be better than she thought

After only a year of rowing, Jordan decided that she couldn’t go without it in her life and had to do it in college somehow. She said that she applied to around five schools but was most interested in the University of Louisville and North Park University. After careful consideration, she ultimately decided on Louisville because she said that she had significantly more opportunities there than she did at North Park in both academics and in rowing.

Jordan’s St. Charles rowing teammates describe her as a sweet and encouraging person who makes the team feel like a family. Bella seems to be described as a team leader and someone who can always add to the personality of the room.

“I remember when Bella joined the team,” Jordan’s teammate Anya Landrowski said. “She has always been a ball of sunshine and brought so much to the atmosphere of what we are doing. Sometimes it can get hard and we get at each other’s throats, but she always lightens the situation and makes us remember why we love the sport so much.”

Jordan’s coach Chris Meldrum also agrees that she’s an amazing addition to the program. After being asked if she thought that Jordan walking onto Louisville was a good idea, Meldrum responded with, “Yes, I do think that this is the best opportunity for her. I think that she is going to love both the coaches and the program and that it’s going to push her to do her absolute best.”