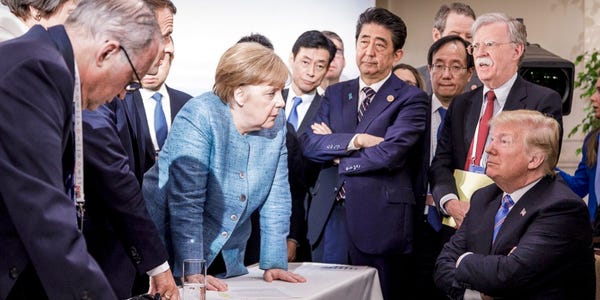 Through the course of human history, the world has seen hundreds and thousands of people in power from presidents, prime ministers, queens, kings, emperors, chancellors and many more titles that are given to people that are in power. Over the past 200,000 years (this is when statistics believe and can find there was a human life structure) there has always been a person or group in charge of a town, community, country or anything else that a power-hungry leader wants to conquer. Put your mind at rest. We have very few countries that have dictatorships around today, but what do we have? Today in the 21st century we have few democracies and a large number of republics. Throughout this article, the question of, who is in charge of the most powerful countries in the world and how did they get their title? will be answered

Most people go to look at Forbes to see who are the most powerful people in the world. I will look at their list, but also who I think should be in the top 3.

The reason I ranked them as I did is because of the following:

Pope Francis is the second most powerful person in the world because he is the leader of the Catholic Church, which has 1.3 billion followers (or about 17 percent of the entire world population) that look to the Pope for guidance in good and in bad times. Although the Pope does not have a huge army or any political power over the world’s economy, he has the power to inspire 1.4 billion people across the world and help to make people’s hard times into good times.

Finally, Warren Buffett should be ranked as the third most powerful person in the world. He is the third richest person in the world and on top of this he runs one, if not the most, progressive company in the world, Berkshire Hathaway. Berkshire ranked 10th in the Fortune 500 list and has a stock price of $345,000 (as of 1-22-20) the highest stock price in the world. Warren Buffett took over the then failing Berkshire Hathaway back in the 1960s and, since then, turned the company into a globally-recognized company. At 89, he has no plans to retire.