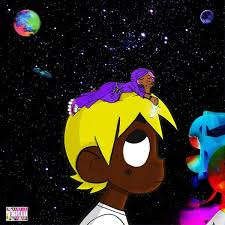 Die-hard Lil Uzi fans waited three years for him to drop something new and it wasn’t worth the wait. The album, entitled Eternal Atake, doesn’t start out great with the song called “Baby Pluto.” It’s controversial and some people really like it but some don’t. Personally, I think it’s too repetitive, boring, and has nothing to make it unique. It sounds too much like every other rap song.

The next couple songs like “You Better Move” and “POP” have no signature sound either and everything is too repetitive. What he did well was create a lot of good promotion, getting lots of other famous rappers to be featured in several songs, which can be really good to bring in new fans. The problem with it was that it wasn’t exciting enough to get a bunch of listens and it won’t create a good first impression with new fans.

The album cover was a very good touch and he did a good job of making it interactive by letting the fans vote on what album cover that they wanted. At the end of the album he put the song “That Way” which is a bonus track and features part of a really famous older classic. I thought this was a really nice touch on trying to be creative. It’s a nice thing to leave at the end of the album.

Also, the second-to-last song was a single he released before the album came out and was already a pretty popular song. Then he released the extended version of the album a little bit later. This was a pretty exciting release and helped salvage the album just a little bit. There were even more features of famous people on the extended version. This had several really good songs in my opinion including Myron, Leaders and many more. This couldn’t make it a really good album for me but it did help make a couple of hits and is helping Lil Uzi more so this album wasn’t a bust. Overall it was a good album but not worth the wait of over 3 years.