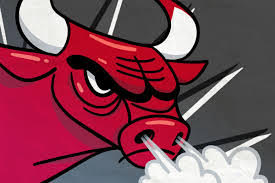 All Chicagoans who were alive in the 90s remember how fun it was to watch Michael Jordan and the Bulls’ dynasty grow. For that to be able to happen again, there needs to be some strategic drafting and development in the upcoming years. As everyone probably knows, the Bulls are really bad right now, sitting at the seventh-worst in the league which means they are in the lottery.

They don’t have high chances at the number one pick but it’s a possibility, so let’s go over who they should draft if they get that number one overall pick. If they get the number one pick they should draft LaMelo Ball. This would be a fantastic option to help keep building the young Bulls’ core. They drafted a shorter point guard last year named Colby White who is lights out from three but he needs a skilled scorer and playmaker alongside him. That is what 6-foot, 7-inch Ball brings to the table.

An article by Sam Smith on NBA.com said: “a 6-7 guard with a better shot, though still not a classic stoke, who is a terrific playmaker and can score at a higher level than Lonzo.”

This past year Ball has been playing international basketball with an Australian team and averaged 17 points per game, shot 25 percent from three-point range, and 38 percent overall. It’s showing his all-around scoring and this was only his first time playing professionally. He also averaged about seven assists per game, showing his playmaking ability. Lastly, he’s the perfect position the Bulls need. Zach Lavine is the three-guard, Colby White is the one, Lauri Markannen is the four, and Wendell Carter Jr. is the five. That means Ball would fit in perfectly at the 2 spot.

What people would argue is that the Bulls should take James Wiseman, who played half of this season at Memphis. While Wiseman was there, he put up really good numbers, but he didn’t even get a full season before he got in trouble and got suspended. We haven’t seen enough out of him to go out and draft him. Also, he’s a five and the Bulls already have a five that they’re developing. People also argue that Ball’s numbers weren’t that good with his Australian team, but it was just his first year and his numbers were pretty good.

All in all, to put the Bulls back into the playoff hunt they would need to draft Ball first overall. He has the perfect height,  style, and position to fit right into the Bulls’ system. Drafting him would put them back into contention the fastest.