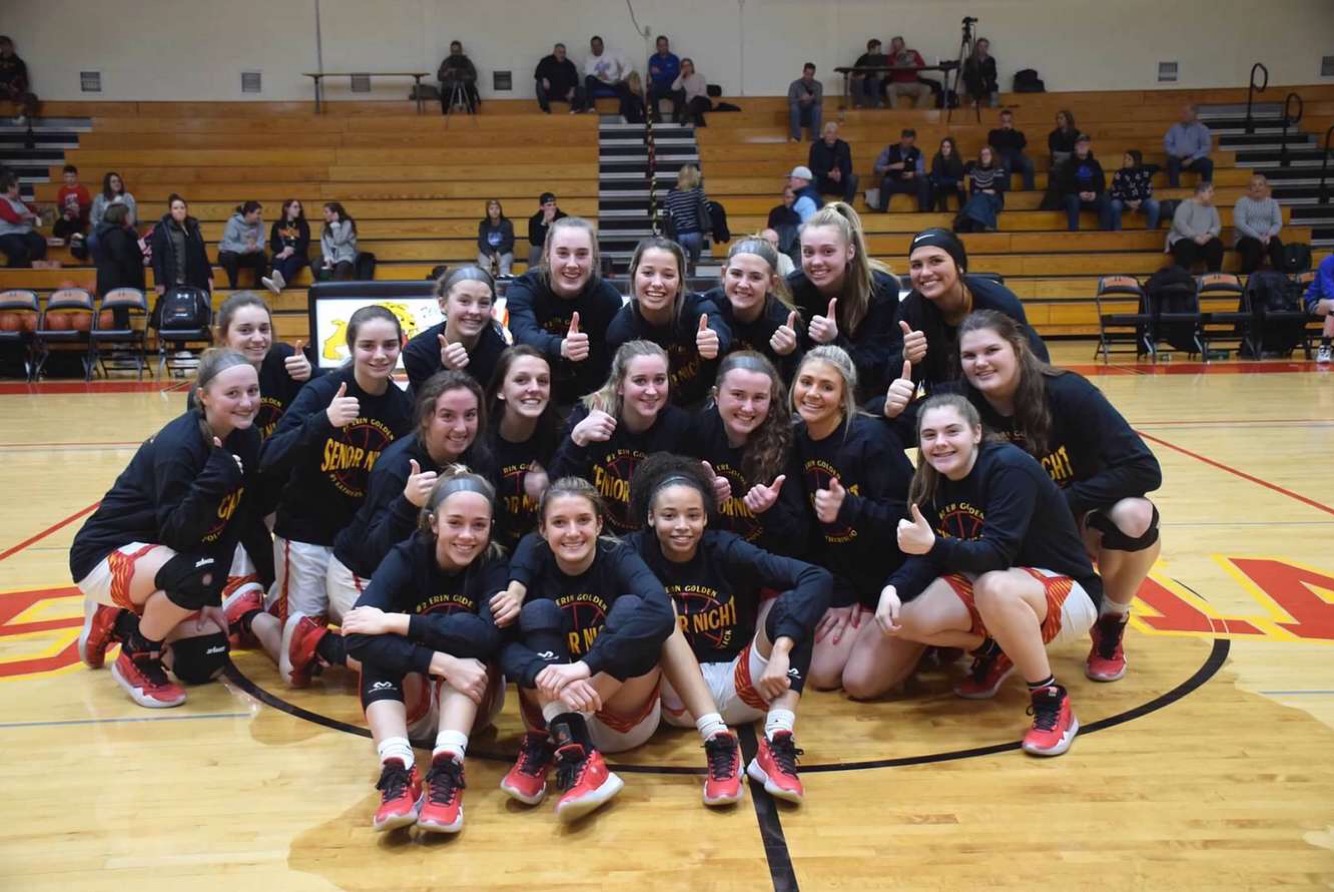 Family, intangibles, resilience, and enthusiasm were the traits that created this season’s motto for Batavia Girls Basketball, F.I.R.E. Players were introduced to these four words all the way back in summer camp of 2019 and encouraged to remember them throughout the tough season ahead of them. This season the team overcame many challenges thrown their way. These challenges included only having two seniors, introducing a new, but experienced, head junior varsity coach, and having two new head coaches for the sophomore and freshman A/B teams. Although the program faced many obstacles, each team found their own way to succeed and end up having an outstanding season, according to players and coaches.

The freshman team ended with a record of 13-14, beating their win record at the beginning of the year. They supported the program by showing enthusiasm and having many intangibles throughout the whole season.

“The freshman season was spectacular,” Coach Bruni said. “I’m very proud of their work ethic and determination this year. The year prior was a struggle for them, but that did not suppress their hunger! They set goals at the beginning of the season, bought into the program and bulldog’s culture, and it paid off!…Every team member and manager contributed to the success of the team and it was a very successful and fun year for the group.”

The freshman’s season was a great example of the fact that hard work pays off, according to Bruni.

The sophomore team this season helped the program in showing resilience. Their season was an interesting ride that had many ups and downs. This started the first day of tryouts when only seven sophomores showed up, but thankfully by the next day the team had secured 10 players. The biggest battle the whole year for them was numbers. Injuries like a sprained ankle from S. Gunnell, a sprained ACL from A. Gunnell, a torn ACL from Szuberla, and other minor injuries caused the team to rarely have more than eight players per game.

“The girls had a good season,” Coach Landers said. “They had a lot of obstacles to overcome, but they persevered and made the season a great one.” The team stuck together and pulled off many impressive wins, one of these being a 15-point comeback in the fourth quarter.

This year, many people didn’t expect the varsity team to perform at the level that they did, especially with four starters from last year now in college. But players like Erin Golden, Katherine Pollock, Tessa Towers, Claire Nazos, Morgan Haug, and Alyssa Sarik led the team and helped contribute to their overall success and ending 7-7 in their conference.

“I thought overall it was really fun!” Golden said. “Our team became very close and we had a lot of great memories together on and off the court. We also progressed a lot as the season went on.”

The team was able to play at such a high level on the court. Because of it, the team was also a very close group of friends and established trust in each other. Varsity showed that family is as important as any skill to achieving success in the game.

Many parents, members, and opponents of the Batavia girls basketball program may have thought this year was not going to be as competitive as it was. But teamwork, dedication to the game, countless hours put in by players and coaches, and hard work created an atmosphere of success for the girls. Although freshman A/B, sophomore, junior varsity, and varsity made up five different teams, they came together as a program to make F.I.R.E. apparent in everything they did.