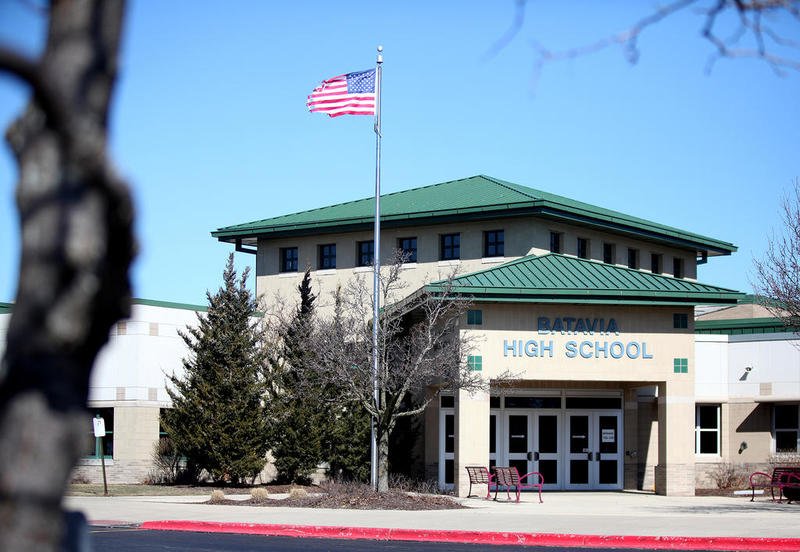 It’s been a wild ride for Batavia High School’s class of 2020. It’s not the senior year anyone hoped for, but things move on nonetheless.

Although the last few months of the school year have been difficult, the past four years have created memories that will last a lifetime.

A few students have agreed to share some of their favorite moments during their four years at BHS.

Mathew Baines, who will be attending Waubonsee Community College for Fire Science next year, had this to share:

“I’d say one of my favorite memories was during sophomore year when I got up in front of the class and tried to teach Spanish. It was ironic because I barely even passed the class.”

“It was a surprise to see my teacher even allowing me to bring it in, but even they enjoyed playing a few games on it.”

Xander Lundblad, who will also be attending Waubonsee next year, said his best memories were with the cross country team.

Just being able to see friends every day was enough for Lundblad.

“I’ve become close to some friends and it was great seeing them every day at school and just as good knowing we’ll all still be in touch after high school. We still have the summer too.”

JJ Burke, who seems destined for stardom after signing a deal with Big Deal Music Group in Los Angeles, is excited about her future, but will never forget her time at BHS.

“I’ve made so many new friends that I’ve continued to stay in touch with since I moved to California. Even though we won’t get to experience our senior prom and most likely graduation, I still had a great four years at Batavia.”

Her best memories were made in the show choir.

“I loved being a part of the show choir. It’s an experience you can only get in High School. The drama and camaraderie and the family you become a part of is something you don’t ever forget. The long drives are early mornings for competition won’t be missed, but singing together as a group and spending hours to perfect our work will be.”

Dylan Krol, a member of the golf team and fishing Club, said he’ll only miss a few things.

“Thank god I won’t have to worry about homework for a while and I won’t have to see the teachers I dislike. I will miss the golf team. Although as a team we had a rough year, it was always the most fun spending time playing with the boys.”

This was Krol’s fondest memory: “At practice, I took a 4 iron and swung at our freshman and left a massive welt on his calf. I will never forget that moment, I couldn’t contain myself.”

It’s been a senior year unlike any other, and most had hoped for a special end to their high school journey.

Despite this, the memories will always be there to reminisce upon. The good and the bad, the happy and the sad.

For now, though, BHS seniors have plenty to look forward to as they start a new chapter in their lives.