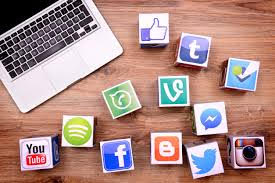 Quarantine has given everyone lots of time to scroll through social media, although this may not be the healthiest way to spend your time. Social media affects our mental health negatively.

Social media creates unrealistic standards that people feel they have to fit into. Social/beauty standards can result in body image issues, according to a survey taken regarding this concern.

It creates false standards and increases the gap between reality and online.

Another concern regarding social media is increased usage can lead to things such as cyberbullying, anxiety, and depression. The content released on platforms is exposed to people of all ages and cannot be fully controlled. It can serve as an outlet for others to feel more confident in bullying for the reason they are hiding behind a screen. A BBC article states,

‘”A similar study conducted in 2016 involving 1,700 people found a threefold risk of depression and anxiety among people who used the most social media platforms,’ says a BBC article. ‘Reasons for this, they suggested, include cyber-bullying, having a distorted view of other people’s lives, and feeling like time spent on social media is a waste.'”

Based on this factual information, social media is detrimental to the mental health of its users. The creation of unrealistic standards, body image concerns, depression, anxiety, and more are results of it. If you can avoid the negative risks of social media, why use it? Don’t put your mental health at risk, and stop using social media!