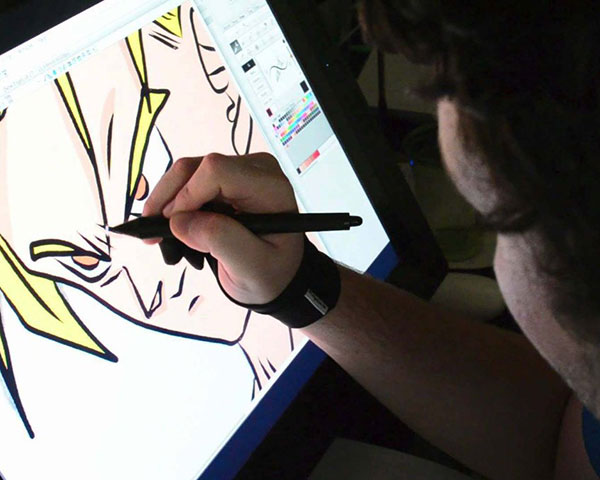 During the pandemic, many people had a lot of time on their hands to start binge-watching shows. During this quarantine, quite a few people started watching anime. COVID has put a lot of things on pause, delayed, or added stress on certain projects/work, including the animators that work on anime.

Anime has been a popular genre in the entertainment category and also a huge part of Japanese culture. Many people enjoy watching anime such as Naruto, Dragon Ball Z, Attack on Titan, Death Note, and many other fan favorites. As watchers enjoy these animes, the people who suffer for our enjoyment are the animators which the anime industry needs to fix.

“Many of the animators behind the onscreen magic are broke and face working conditions that can lead to burnout and even suicide,” said a Vox article called “The Dark Side of Japan’s Anime Industry.

Most animators that work specifically in Japan are met with harsh working conditions such as simply being overworked to the point of falling asleep on their desk, passing out, or to having animators falling into a deep depression ultimately leading to suicide. One animation studio, Madhouse, was accused of violating labor code because their employees were working 400 hours a month. Most of their employees worked for 37 days without a single day off.

To put this in perspective one drawing/frame is about ¥200 ($1.88). If the animator draws 300 drawings/frames in a month it would be about ¥60,000 ($564). Drawing 300 frames is really hard to do in a month especially for new animators, considering the details the drawings might have. Some of these animators are also on a deadline due to seasonal animes, which means a new episode every week of said anime, which then also adds more stress onto the animator.

To top it all off they are also going through the pandemic just like us and some animation studios put upcoming animes on delay. Some animation studios do have salaries but animators are being paid minimum wage. A 2017 job listing for animators offered 770 yen an hour. Today, that would be around $7.10. So, under a normal 8-hour shift, you’d earn $56.80. That is better than the commission rate, but still nowhere near a livable wage.

People might find it questionable, “why don’t they have part-time jobs so they can have living expenses?” Animators, specifically new ones, don’t have the time to have a part-time job. They have to work long hours so it’s basically impossible. In addition, most of these companies are located in Tokyo so animators need to live in Tokyo. However, living in Tokyo is really expensive, even if you’re buying a studio apartment.

For example, a one-bedroom apartment typically costs around ¥60,000 ($564) a month. Even a living space with no bathroom can cost around ¥40,000 ($385.16). Just for a living space, it would take most if not all of an animator’s income for rent, leaving animators with no money for other utilities and food expenses. There is no possible way for them to make a living with such a low salary. Due to this problem, most animation studios ask their candidates if they already have some form of savings or if their parents can chip in. Many animators have to quit their dream career of being an animator before they can even develop or show their skills. In an article by the CBR, 90 percent of animators quit their jobs within three years of even starting. This leads to two things: many animators having their dreams crushed and not having as many animators for the future to continue or to pass on animation techniques.

Again, readers might question, “why would they even want to be an animator if these are the conditions? What’s the point?” The point is everyone has a passion in life and everyone is interested in something. People dream to be an animator because they want to be a part of the animation industry. They might also enjoy anime as well or they simply want to make other people happy with their work.

Many people frown upon the art and entertainment industry because they deem it as an unstable job, something that doesn’t contribute to society, or a job that can’t support your family/yourself. These are all valid points and all understandable, but if someone is truly passionate about something they would do it no matter what. Entertainment is very important in society, this includes, tv shows, movies, books, paints, art pieces, and of course anime. It helps people escape their realities and simply enjoy.

Most anime watchers tend to stream their shows for free on certain sites because it’s free and you avoid judgment from your parents. But the thing with that is it doesn’t support the creators. The animators are already underpaid especially during COVID. If you can support your favorite anime, do so by paying for subscriptions, manga (Japanese comic books), and merchandise. In addition, you should also understand that they are doing their best during this time to produce your favorite anime as soon as possible. Also, remember each studio is working on multiple projects and trying to produce them on a certain deadline so be considerate and appreciate these animators.

If you want to directly support these animators here is an article about “The Anime Dormitory Project” and the official website for more information and where to donate.