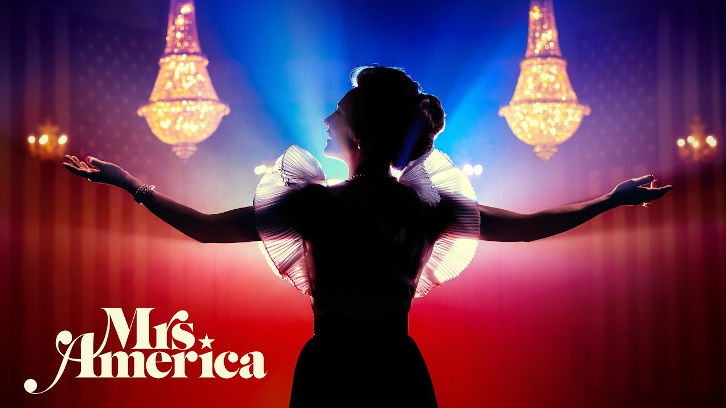 The Equal Rights Amendment, at its conception, was a piece of legislation aiming to make women equal to men on a legal basis, but as it gained traction, it became the source of a fierce divide between liberal feminists and conservative homemakers. With 2020’s new rise in feminist-fueled politics, the ERA has taken on new life, with advocates once again seeking to have it ratified.

Between outstanding performances and smart soundtracks, Mrs. America has provided audiences with a 1970s throwback that serves as a reminder of the human element behind politics, all masked behind the fight for the ratification of the Equal Rights Amendment.

The expert combination of historic accuracy and storytelling is evident throughout the first episode, which takes an exploration into Phyllis Schlafly’s early political life. The scene opens with Schlafly walking proudly across a pageant stage wearing a two-piece bathing suit. She struts for a crowd of conservative politicians and donors. The image of a woman parading herself for a room of men serves as a stark opener for a series recounting the history of the Equal Rights Amendment, but it sets the tone for the back-and-forth between Schlafly’s life and Gloria Steinem’s.

The subtle respect and distaste between the two women were projected through the performances of both Cate Blanchett (Schlafly) and Rose Byrne (Steinem). Blanchett brings a new life to the woman once devilized by early feminists, portraying her as intelligently complex and devoted to her passions. She has a relatability about her that was previously hidden behind political elitism.

Byrne brings a new subtly to Steinem, a woman once heralded by the media for her radicalism and beauty. In Mrs. America, Steinem takes on the role of activist-in-chief, dealing with White House bureaucrats and administrative duties for Ms. magazine.

The resonance in Byrne’s service of the line, “Revolutions are messy. People get left behind,” illustrates Steinem as not just a feminist icon with great hair, but as a woman enthralled in a battle for her rights.

These updated portrayals make for a series dedicated to the human element within politics. Behind every bill passed there is an exhausted team of women and men fighting to promote their causes, and Mrs. America does an incredible job of telling their story.

Critics have called Mrs. America the new Mad Men, which is an understandable comparison, but Mrs. America is a feat unlike any other. It captures the atmosphere of the political landscape during the rivalry between feminists and anti-ERA activists. It explores the depth of countless female leads while providing insight into their lives outside the ERA. These accomplishments make for an incredible female-driven story. To follow the career of a woman like Schlafly, who believed wholeheartedly in the homemakers’ movement, and portray her as a career politician in a feminist production was an audacious move, and one was rightfully taken.

To top off an already astounding piece of television, the artists behind Mrs. America curated a mood-boosting soundtrack to accompany each episode. From legends like Etta James to rockstars like The Runaways it’s clear how important authenticity was to the writers. The tunes vary from lighthearted to soulful, dramatic to dance-worthy, but they don’t stop at 70s radio hits. Composer Kris Bowers stunned with 34 original songs. Bowers is well-known for his work on major productions like Green Book, but he’s also had a taste of modern hip-hop, working with musicians like Kanye West. Bowers’ unique tastes are presented through his original scores, which accompany some of the most important scenes of the show, infusing them with touches of modernity though somehow maintaining a distinct retro glamour.

No matter what draws audiences in, be it the star-studded cast, great writing, or pleasant music, Mrs. America will not disappoint. It is a feat of televised storytelling, somehow capturing the atmosphere of the 1970s so accurately and creatively. The battle between Steinem and Schlafly will be studied and sensationalized for decades, but no retelling will come close to the personalization presented in Mrs. America. For anyone looking to indulge in passionate politics, and maybe a dance or two, Mrs. America is the show for you.