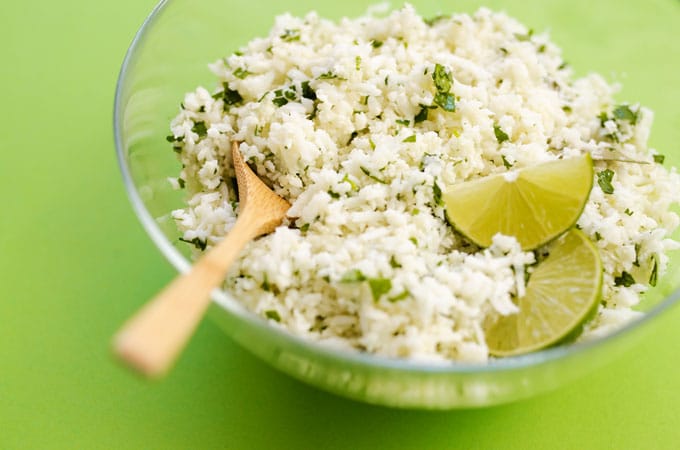 On Jan. 4 Chipotle announced the release of its new cilantro-lime cauliflower rice, a limited-time menu offering. This low-carb, veggie-based substitute for grains has what it takes to become a permanent menu item.

Cauliflower has recently become a  popular diet tool for anyone cutting carbs. It can mimic rice, starchy potatoes, and the flour in pizza crust. Chipotle has stated that the product is “a new rice option that is compliant with Keto, Whole30, Paleo, Vegan, and Vegetarian diets.”

You can find the new menu item right next to the traditional rice counterparts. Unfortunately, it is an extra $2 to substitute normal rice with cauliflower, but a couple of bucks isn’t a big sacrifice in the name of health.

Chipotle is known for its signature cilantro-lime style white and brown rice and the cauliflower rice is even more limey and seasoned to perfection. The cauliflower rice held up excellently in my burrito bowl and actually added some texture. After finishing the entire bowl, I felt 100% satisfied.

Usually, after finishing an entire burrito bowl I feel lethargic and too full but with the cauliflower rice, I felt totally fine. The guac and cauliflower rice combo I had was excellent because the two different textures together really balanced the whole bowl out.

With just 40 calories per serving and seasoning that hits the spot, Chipotle’s new cauliflower rice is a five-star substitute for those who want a healthier option rather than the standard rice.