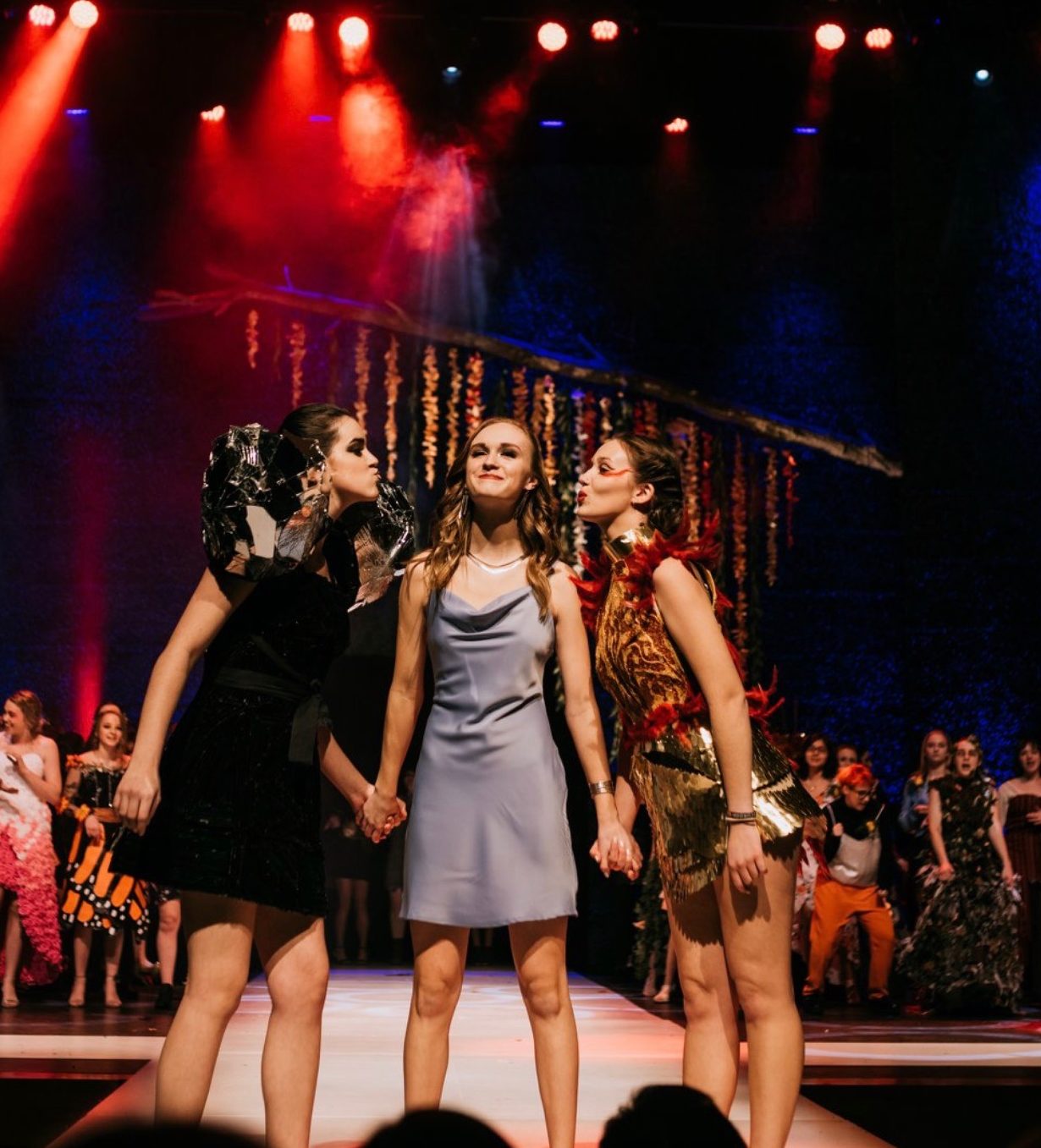 The social outcast: they’re in every high school movie ever. Adorned with glasses, braces, and occasionally pigtails, the movie industry has invented a personality type. Preston Williams often describes herself as the weird, quirky kid portrayed in these movies. She’s Mia Thermopolis, Luna Lovegood, and McLovin rolled into one. The ironic thing about these characters is that audiences love them. They’re relatable and realistic; we see ourselves in them. Williams is the epitome of relatable, and realistic, and just as Mia Thermopolis and McLovin left their mark on audiences, Williams will leave her mark on Batavia High School.

As Williams began her journey into the world of higher education, she utilized her art-making abilities to create a portfolio of sculptures, avant-garde dresses, and intricately beaded three-dimensional pieces. This work has defined Williams’s high school career. Through AP Art, National Art Honors Society, and Rock the Runway, Williams has become a staple of the art community at Batavia High School. However, this is only half of her reputation, Williams is better known for her kindness and quirky personality.

“Preston is so genuinely kind and giving to every person she meets. She’ll always be there for you on good days and bad days,” said Lexi Orjuela, a close friend and fellow NAHS executive board member.

Williams’s friends and peers jumped at the opportunity to speak about her. Their eyes brightened, eyebrows lifted happily when recalling memories. Fond smiles graced their faces while compliments spilled from their lips.

Williams’s honest personality was a recurring theme throughout the interviewing process. Stories of her fierce authenticity were recounted, displaying her knack for rambling when she’s excited, or fidgeting with her hands when she’s anxious. That was another theme, Williams’s inability to sit still.

Her peers recalled Williams bringing string to class to make friendship bracelets or flipping through book pages at lunch. She was almost always seen with some form of art supply, whether it was boxes of beads, simmering hot glue guns, or carefully curated sketchbooks. Regardless of the item, Williams was always carrying something, a symbol of her constant busyness. Her impressive extracurricular activities awarded her little free time, but it isn’t in Williams’ nature to enjoy time sitting on the couch, a quirk exhibited in a story told by Della Williams, Preston’s younger sister.

“There was one time Preston went to a student council meeting on her birthday,” Della said. “It was really early in the morning and it was over the weekend too. And people told her she didn’t have to go, but she insisted.”

Williams’ good-nature was expressed through anecdotal memories told by her friends. They spoke of her appreciation for togetherness, inclusivity, and the power of Stevie Nicks, one of her personal heroes.

Throughout her time at Batavia High School, Preston has dedicated herself in service to the programs and clubs that rely on her stability. She organizes Rock the Runway shows while simultaneously spending nine months on her own designs, works diligently on the NAHS executive board, and volunteers her time for Student Council events. She previously joined the swim team, continues to be an active member of her church, and still manages to make time for true-crime podcasts and Game of Thrones.

Williams consistently strives for greatness, never settling until she’s completely satisfied with her work. Her high school career will be remembered as an example of Batavia’s finest. Williams’ dedication and non-stop lifestyle has awarded her this memory, which was repetitively expressed by her peers.

As Preston continues her journey onto college, she spoke of her goals, which unsurprisingly reflected her selfless nature, “I really just want to continue to be kind to people and help others grow.”