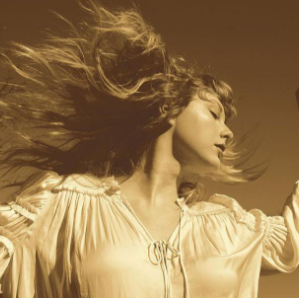 Taylor Swift announced a new song featuring country singer Maren Morris two days before its release on March 26. ‘You All Over Me’ is a track that is from the vault that is from her second album. It has a very country vibe to it, just as it should. It’s very nostalgic and definitely feels like the old Taylor everybody knew and loved. Don’t get me wrong, Taylor’s new era of a more indie/pop vibe is still my favorite but it’s fun to see a little bit of country music coming from her nowadays.

The lyrics at the beginning say “I lived, and I learned. Had you, got burned. Held out, and held on” signaling that she wrote it about a relationship that ended but there was no control over anything that was happening.

In the next verse it reads “The best and worst day of June, was the one that I met you.” Basically the song is saying that it was a bittersweet moment when she met this love interest. Or maybe it was good at first, but it got worse as time went on and she realized that it would be better if they never met.

Overall, the song is amazing. It has a lot of really good parts with perfect bridges. It’s easy to understand and memorize because it’s a little repetitive but in the best way possible. Taylor Swift and Marren Morris did an amazing job at performing this song, and it’s written perfectly.