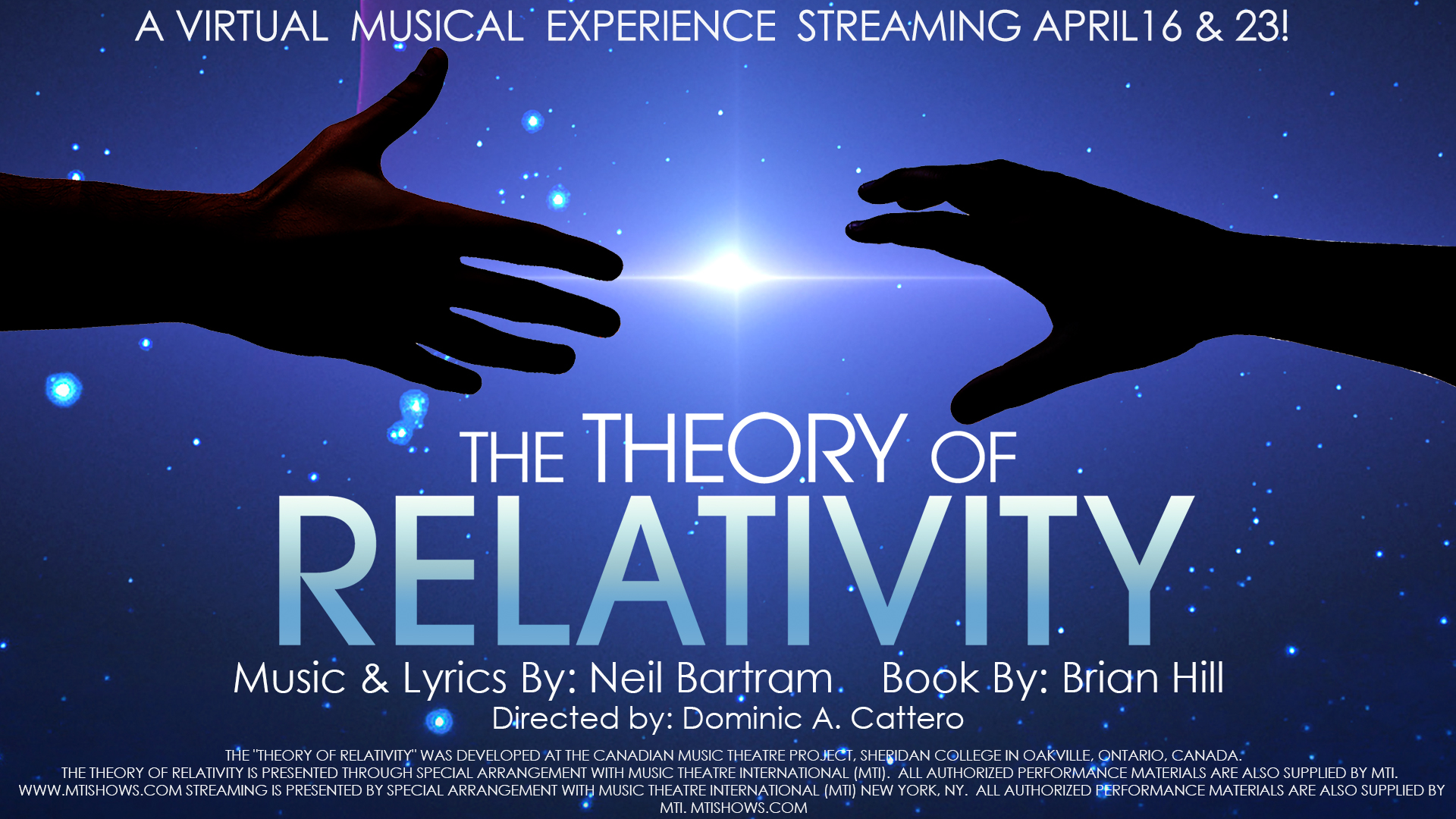 The BHS 2021 musical “The Theory of Relativity,” filmed and made into a movie for the first time ever, will be premiering through a livestream at 7:30 on Fri., April 16 and 23. The cast and crew has spent months tirelessly working to put this production together, and cast member and BHS freshman Erin McLaughlin shared her experiences.

Q: What is “The Theory of Relativity” about?

A: “It’s about a bunch of different high school and college-age students who are all going through their life’s paths differently. They all have different struggles and stories and all of their paths cross at some point in the show and sometimes it’s evident and sometimes it’s not and you kind of have to figure it out. The show is all about how we make an impact on each other’s lives, whether that’s big or small.”

Q: What part do you play?

Q: What about this musical was different from others you have done?

A: “It doesn’t follow a distinct storyline; there’s lots of different characters who have their own story that’s encapsulated in their song and someone else’s story so you really get to know a lot of characters and then it’s kind of a puzzle to figure out how they all fit together in the end. And obviously it was filmed instead of performed so that was a huge learning curve.”

Q: What was your favorite thing about rehearsing and performing this musical?

A: “My favorite thing was definitely getting to know everyone in the drama department at BHS because when you go here everyone is so nice, from the directors to the videographers to the cast and it was just a really good thing to be a part of.”

Q: Was there anything about rehearsing or performing this musical that you didn’t like?

A: “With the social distancing and the mask mandate it was a little sad because I wished I could see peoples faces, hug them, or that we could do more interaction stuff in character work. There were a lot of things that were limited but we jumped those barriers very well and we did what we could and it was still a really good experience.”

Q: What difficulties did you or the cast encounter?

A: “The biggest difficulties were definitely with covid and we had a few hiccups when it came to people in our cast, but since we had stayed so socially distant and we were so good with our masks we honestly stayed very safe compared to other extracurriculars. But, it was really hard to figure out how to make a production when everyone was wearing masks and we weren’t allowed to be near each other for more than 15 minutes.”

Q: How was your experience with this cast?

A: “Everyone was so nice, it was such a different dynamic than a lot of sports that I’ve been a part of, because a lot of times with sports you are separated by ability level but in a cast everyone is together and so everyone has to work together to make the show possible. Everyone had to give just as the next person and everyone did and it was great!”

Q: Can you talk about the director, the choreographer, the editor, etc. who helped put this show together and your experience working with them?

A: “Yes, so our vocal director was Mr. (Peter) Barsch. He’s also the choir teacher at BHS. He’s amazing. He put in so much hard work to give us practice tracks to help do rehearsals every day; he helped rehearse with people online and in person. Our director is a genius. He helped us with character work and he was there for so many long hours, Mr. (Dominic) Cattero, helping us with everything from developing our characters to where we were supposed to walk in the shot. And then our videographers and sound people, Mike, Joe, and Jason, were super easy to work with and they were so professional and made filming a movie so much easier than I expected since no one had ever done it before in our cast or crew. And our choreographer Kyle is also a genius in that just as much as we didn’t have much time to learn to learn the dances he didn’t have much time to choreograph them. They were all amazing and he’s such a great teacher and he taught me a lot.”

Q: What are you most excited for people to see?

A: “I’m so excited for people to see the editing; Mike, the editor, is absolutely unbelievable. We did so many takes of the same shots and the shots could be anywhere from ten seconds to 30 minutes and he was able to edit it all together in a way that is just so amazing. From the filters, to the music, to the different shots and how they are cut together in the show it’s so amazing and I’m so excited for people to see it.”

Q: Is there anything else you would like to let people know?

A: “I would like to let people know that when you see people unmasked it was actually a labor of hard work and they are not just unmasked unsafely. If you see two people standing right next to each other they are actually placed on greenscreen right next to each other, so they were in the BFAC completely by themselves with a camera in front of a greenscreen. Every time you see anyone unmasked it’s the greenscreen, so that was an amazing editing thing. And also just that it was a lot of hard work but it was worth it and you should watch it!”