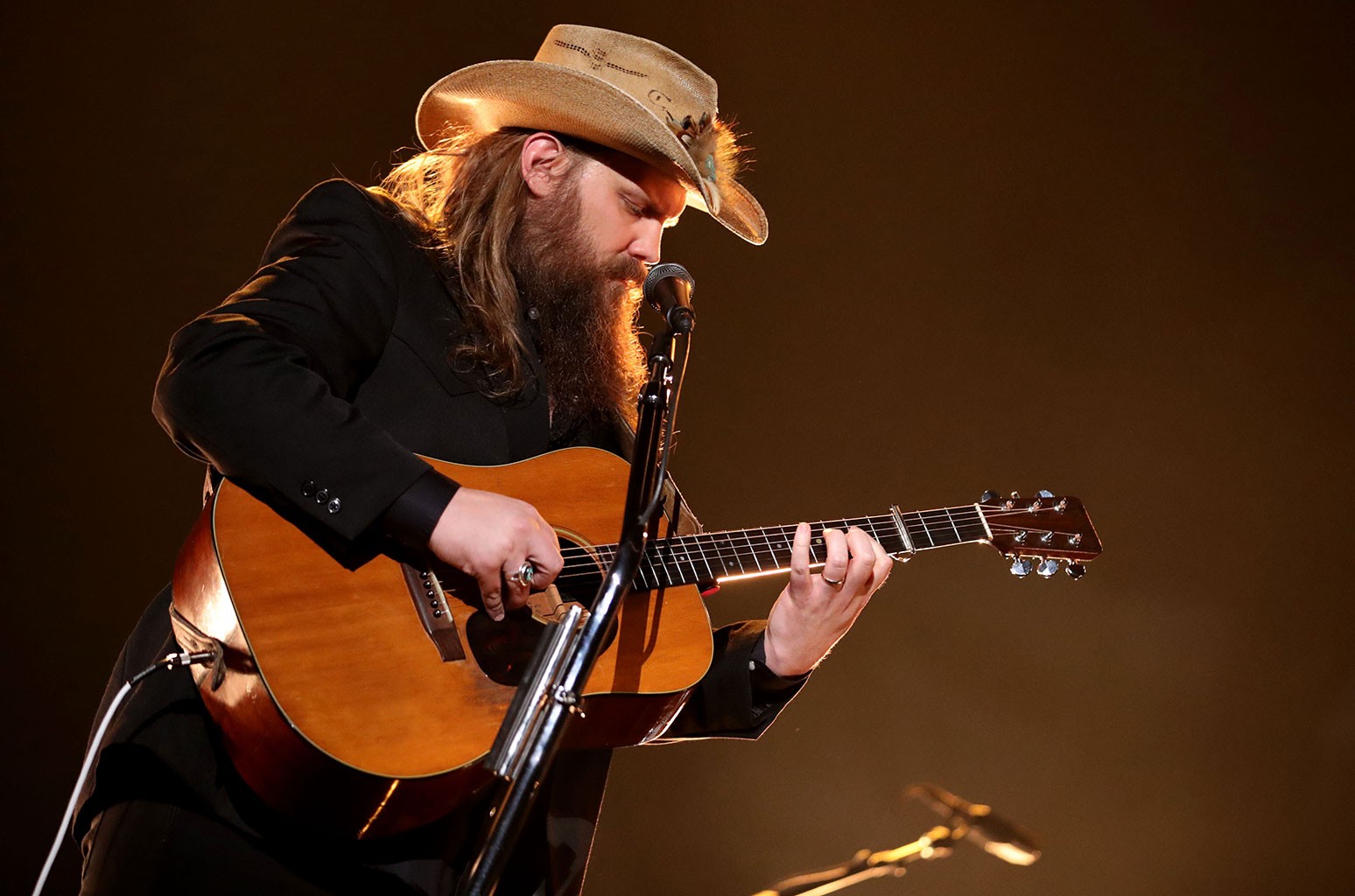 Chris Stapleton has left quite a footprint in the country music industry. He is a singer-songwriter, guitarist, and record producer with one of his singles being No. 1 on the hot country songs chart.

He was born in Lexington, Kent. on April 15, 1978 and moved to Staffordsville, Kent. along with his brother and sister. This is where his father worked as a coal miner and his mother worked at a local health department. In 2001 he decided to move to Nashville, Tennessee to pursue an engineering degree. After about a year he decided to drop out and followed his heart towards a musical path.

In the meantime, while studying for his engineering degree, Stapleton continued to write songs for well-known country legends such as George Strait, Josh Turner, Darius Rucker, and Luke Bryan. Overall he has co-written six No. 1 songs for other artists.

The beginning of his musical career began in 1999 when he began a Travis Tritt tribute band. Once in Nashville, in 2001 Stapleton signed with Sea Gayle Music where he met his future wife, Morgane Stapleton. A few years later in 2007 Stapleton married his wife and became the frontman for the bluegrass group, The Steeldrivers. As a band they had two hit records, each peaked at No. 2 on the bluegrass charts right before Stapleton left the group to continue and grow his career. During that same year, he joined another band called The Jompson Brothers. The group toured together for a few years until Stapleton backed out once again to finally begin his solo career.

In Spite of his hard work and determination, Stapleton released his first single but it did not go as planned. Unfortunately, it was a bit of a fail and was also part of a record that was never released due to its unpopularity.

It was not until 2015 when his first studio, Traveller, was released. The album was inspired by a cross-country road trip Stapleton had taken with his wife in memory of his late father. It included hit songs like “Tennessee Whiskey”, “ Daddy doesn’t Pray Anymore”, “Sometimes I Cry”, and “When the stars come out”

Thanks to his album he won three awards at the 2015 Country Music Association Awards: Album of the Year, Male Vocalist of the year, and New Artist of the year. Also at the CMA Awards Stapleton performed his song “Tennessee Whiskey” along with Justin Timberlake. His album was nominated for the Grammy Award for Album of the Year and won Best Country Album as well as Best Solo Performance. It also won an award at the Academy of Country Music Awards. In 2016 “Traveler” became No. 1 best selling. By Jul. 2017 over 2 million copies were sold. He has now been awarded five Grammys since the start of his career.

Over time he’s released many more albums including Starting Over, From A Room: Volume 1, From A Room: Volume 2 which have included great hits. His Starting Over album was very emotional to some. He talks about heartbreak, love, and struggles throughout life. On the back of the record album it states “In my life when I’ve needed strength, love, peace, joy, friendship, focus, courage, understanding, hope, or healing I’ve found those things in music. As you listen, I pray you find some of those things here. May we all look to the best of who we’ve been & the promise of who we can be. Here’s to starting over.” Clearly a very special statement that many have turned to.

Just like everyone else, he hasn’t always gotten love and support, though. Last year during an interview with CBS This Morning, Stapleton was asked if black lives matter.

“Do I think Black lives matter? Absolutely. I don’t know how you could think they don’t. I think we all have a lot of work to do, you know, as individuals and as a society,” he said. “And if you don’t think that, I think you’re not looking.” During that same interview, he called the protests due to George Floyd’s death a “Broad awakening” for our country. He also added “I think everybody should be doing more. It’s time for me to listen. And it’s time for other folks to listen.” Responses to his opinion were full of hatred and disappointment based on his support of the movement.

Diving into his personal life, we’ve acknowledged so much about him as a person. Together with his wife, he has five kids, four being boys and one girl, including a pair of twins. The couple has stuck together through thick and thin and has performed You are My Sunshine a while back. Stapleton now has the phrase etched into his wedding band which he wears every second of the day.

Nowadays with celebrities going from the bottom to the top, many seem to forget where they come from. Not Chris! He used to work at Papa John’s Pizzeria and continues to keep his name tag to remind him of the fact that he wasn’t always at such a high point. He also has returned to his previous school, Johnson Central High School, multiple times to perform and donate an amazing $57,000 worth of musical instruments to their music programs.

All things considered, Chris Stapleton has brought a unique twist to country music and many hope to see what else he has to bring to the table in the upcoming years.