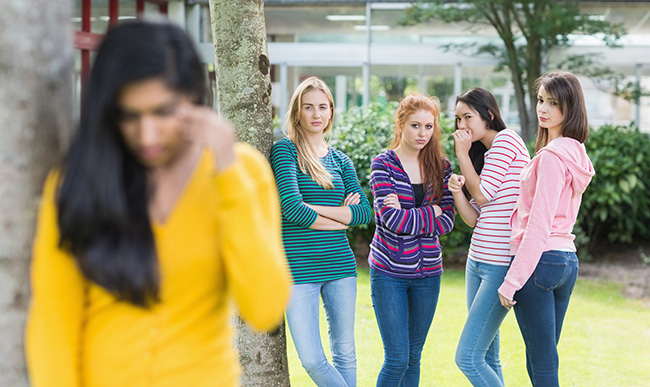 There is a stigma in high school that puts each individual student in a category.  Instead of celebrating their differences, students are shown that setting themselves apart from the norm is something to be ashamed of.  There has been a gradual change over the years at Batavia High School due to the wide variety of clubs offered here.  They allow students who may not normally speak to one another, to bond over an out-of-school activity.  Here at Batavia High School, there are 44 available clubs for students.

There is a lot of segregation among students that is not recognized.  Yes, there has been change over the years in regards to club involvement, but the influences that form cliques have remained the same.  According to researchers at U of I they found, “many high school peer crowds and influences have remained constant over time, changing demographics, cultural influences”(Carey).  Influences such as language slang, style, and music are constantly changing, but the cliques that are seen among peers stay in their own lane.  Every person is an individual with their own strengths and weaknesses; when you dig beneath the surface, it can be seen that one single category is not enough to describe someone.

There are numerous reasons why students stay within cliques and are categorized instead of being seen as unique individuals.  The top reason being the struggle of teens communicating with each other.  When someone reaches out of their comfort zone to speak up, others will typically look at it as strange or out of the ordinary.  In reality, speaking up and having a normal conversation is unfortunately out of the norm for most people.  The use of cell phones and social media has put a huge damper of people conversing with one another.  Yes, social media has benefits across its network and it can connect people, but really there is not a connection over the internet.  It is not natural for people to be isolated on phones, or in this case, cliques.

Some people may be aware of this but not know how to make a difference.  Truthfully, the change of getting rid of social cliques has to come from within.  Adult authorities can try to break students out of their shells, but it won’t make a difference unless people themselves want to connect with everyone and have a better understanding of behaviors.  The key to removing social cliques is to simply do it.  This can be done by saying “good morning” to a teacher, talking to someone new, asking a classmate how their day is going, even making eye contact.  These may seem like easy tasks, but barely anybody partakes in these habits.

Overall, people need human interaction and conversations in order to feel connected with one another.  Doing so will create fewer judgments and more understanding of each other.  However, the change of reaching out of comfort zones must come from within.