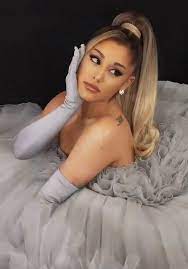 It can be a struggle skipping through song after song trying to find the best music to listen to with so many artist options. Below are the top five artists to listen to as we go into the summer of 2021.

With one of Ariana Grande’s top songs “Into You” streamed over 1.3 billion times on Spotify alone, it is also perfect to play this summer. Grande is a great role model who uses her platform for good. Her unique voice makes each of her songs unique as well.

“That’s What I Like,” with over one billion plays, is currently his top song on Spotify. His types of songs vary from sweet love songs to funky pop songs. Take one listen to “That’s What I Like” and it would be stuck in anyone’s head for the rest of the day. This goes along with multiple of his other songs which is why he is an artist everyone needs to listen to this summer.

He is also one of the top five to listen to because of the emotion put into his songs. When listening to the lyrics in his songs, it helps realize the deeper meaning behind them. For example, one of Styles’ top hits, “Sign of the Times,” was about how everyone will be facing hard times, but has to learn how to move forward and conquer those obstacles. It was actually inspired by the death of a young mother who passed after childbirth. With the variety of catchy and emotional songs, they are perfect for this summer because there is a song for every mood.

“Dance Monkey” has over two billion plays on Spotify, which makes it the third most-streamed Spotify song. It is also the most Shazamed song as of December 2020 with 36.6 million searches. The song is catchy and the lyrics even encourage the listeners to get up and dance. The combination of those lyrics and the upbeat music makes it the perfect summer song.