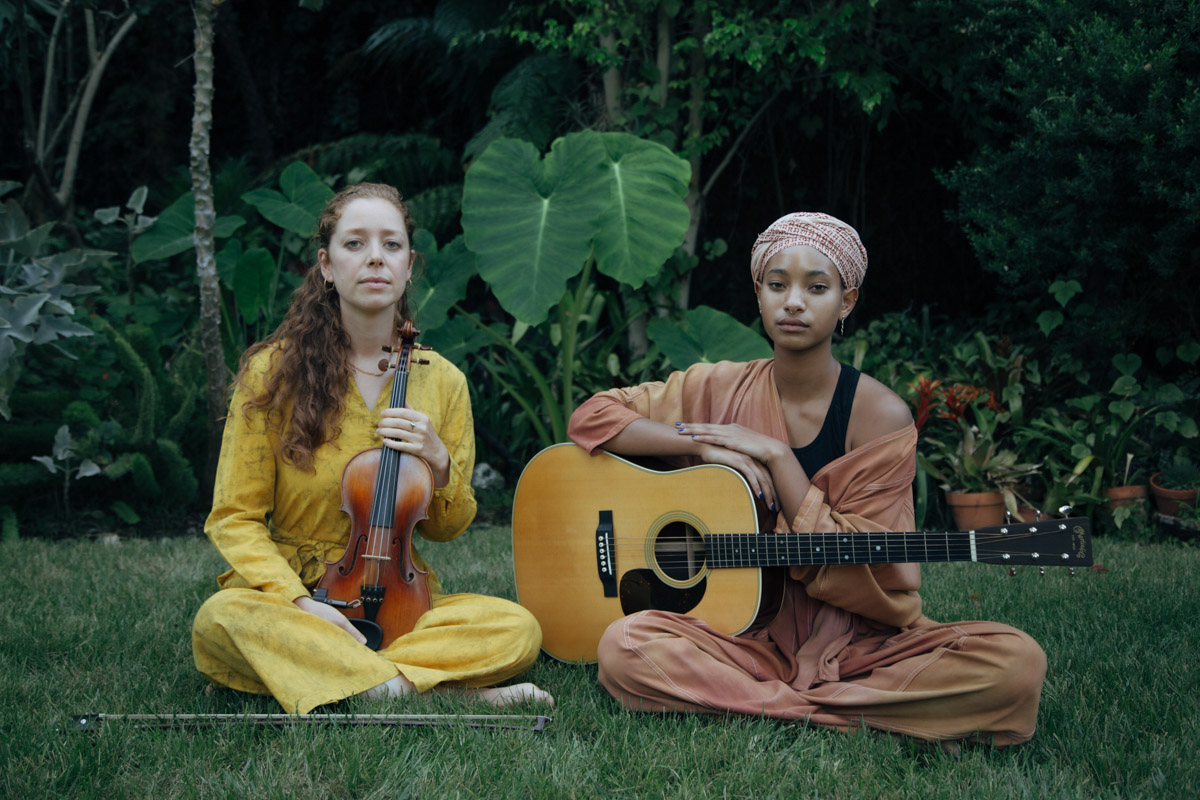 Coming from a very talented family, Willow Smith has begun a musical career of her own. Since the release of her first album in 2015, Jahnavi Jivana Devi Dasi has also continued her own musical path.

The duo’s artwork, R I S E the extended play record, is a great meditation and angelic album.

The EP is around 19 minutes and includes six different songs. Some songs included are “Born to Give” and “Brahma’s Song”.

Although she takes part in a majority of all the songs, Smith did not complete this on her own but instead with a new friend, Jahnavi Jivana Devi Dasi. This collaboration was certainly not planned. The two met through mutual friends during a musical Kirtan session that Jahnavi was leading.

Kirtan music is a musical form of meditation that includes a call and response form of singing.

Throughout lockdown and the struggles of COVID-19, Smith says “I’ve been creating a lot of music, trying to dive deeper into my craft.” Thanks to all the time we had, Smith delivered something great to the world.

RISE is an absolute masterpiece. The point of the album was to help others release the stress they experienced and gathered throughout the quarantine process. It was also partially inspired by Bhakti-yoga, something that Smith has recently gotten attached to over quarantine.

The instrumentation was on point along with Smith’s chilling tones and Jahnavi’s vibrant vocals, which helped bring the album together giving us a mesmerizing art piece.

Unfortunately, there have been a handful of people who disliked some of the songs on the EP because they were not in the English language. All the songs, at some point, include a foreign language but a few of them consist of mostly English lyrics. Even if many don’t fully understand what’s being said, something about singing in a foreign language is so mesmerizing and unique.

The lyrics were inspired by Sanskrit mantras which explains the language many don’t fully understand. Mantras are originally associated with Buddhism and Hinduism. It is a word, sound, or phrase repeated multiple times to bring focus and concentration in meditation.

During the process of forming and structuring R I S E, Smith expressed that she wanted to incorporate the feelings of waking up out of toxic cycles in life and rising to your better self.

Along with that, Jahnavi shared that in Hindu philosophy the karmic cycle is a big concept and they both

agreed to include it throughout the album to connect back to what Smith originally wanted. The karmic cycle is the way karma works in people’s lives during different life events. Those who associate with Hinduism believe we must undergo the karmic cycle in order to gain a soul lesson. Receiving the lesson will allow you to eventually set yourself free from inner obstacles and challenges you face within yourself.

Whether you like the songs or not we can all agree that this duo delivers a very angelic rhythm. If you enjoy meditation or yoga this album goes along perfectly. Also if you enjoy Jahnavi’s vocals and skills then you’ll be thrilled to know she is working on a new album which will hopefully come out later this year.