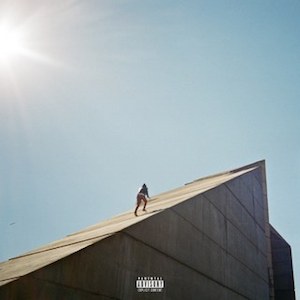 Freudian, the 2017 album released by Daniel Caesar was mellow, gentle, and soft. This ten-track anthology was worth the listen.

There were traces of religion found within songs such as “We Find Love.” Gospel instrumentation was heard in the tracks. Daniel Caesar did a great way of incorporating the religious side of him he grew up within his songs. The jazzy piano chords complimented his vocals nicely. “We find Love” had a deep meaning of falling in love and grieving the pain of a lost one. This can be heard in the soulful lyrics, “We find love, we get up, And we fall down, we give up.”

The feeling and affection he puts in his song are displayed and noticed greatly. In the song “Blessed” the feelings put into the song are heard through his vocals that it sounds almost angelic. This song also complements “We Find Love” nicely. That is another thing noticeable in this album: how each song compliments the other.

Caesar writes his songs revolving around love, whether it was love that was lost, a love he took for granted, or love he felt he didn’t deserve. But he talks about how a person can make the world slow down. In his song “Get You” is about how he finds it unbelievable he ended up with the girl of his dreams. Even after beating himself up for all the mistakes he has done, he still got her. Many people can relate to being in love which is why it feels as though Caesar’s songs reach out and connect to people easily.

Freudian was a very enjoyable album to listen to. Caesar shows a sense of vulnerability in his music that cannot be found the same way in other albums. His lyrics matched the gentle melodies heard in the songs, giving an angelic tone unlike any other.