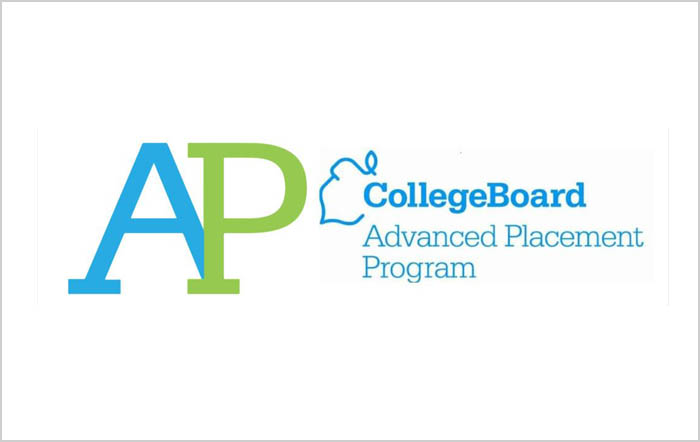 By Emily Newburn and Emma Kilburg

“A… no, it’s got to be C, or maybe D. At least I know it can’t be E, unless… maybe it is.” This has been and will be the internal monologue of thousands of students across the country as they take their AP exams in 2021. Passing the exam can help these students start stacking up college credits while still in high school. But what is the impact of this AP exam, and is it really a positive thing for students?

The AP exam has several benefits, but there are also many drawbacks. From the stress of the exam to the nearly $100 price tag, these negatives can often outweigh the extra motivation and possibility for college credits.

The College Board, the group that creates AP courses and exams, claims that AP exams help keep students on track.

“The College Board says that students who sign up to take the AP exam tend to be more motivated while they are taking the class,” said Megan Karim, AP Human Geography teacher. “But, then there’s also, are more motivated students going to take the exam, or is the exam actually motivating them? It’s kind of hard to see if it is correlation or causation.”

Despite these doubts, many students do feel like it helps them.

“I think that the AP exam is a big motivator for a lot of students because they understand that they can get course credits,” said TJ Borre, a former AP Human Geography and current AP European History student. “I chose to take the AP Euro exam this year and the AP Geo exam last year because I thought that it would be a useful tool in college, and it can also help with money stuff because sometimes it gets you out of complete classes. I thought that would be worth it for my time.”

“I know me, I studied a lot more than I thought I would,” Lowe said.

The benefits of being able to save time and money in college seem undeniable. However, only state universities are required to accept AP credits from classes taken during the four years of high school.

“A lot of times [the credits] won’t count towards some colleges that people are interested in, so that can also be a thing where people are like ‘I’m not taking the AP test because it doesn’t affect any of my colleges,’” Borre said.

This was the case for student Kristen Hall.

“I chose not to take the exam because I’m probably going to a college that does not take the AP credits, so the $100 and the extra work and stress was not worth it for me,” said Hall.

This is certainly not the only negative of taking the exam. Cost can also prevent students from taking the exam. It costs $90 to take an AP exam. Although this could potentially save them a lot of money in the long run, many families are unable to pay for the exams their teenagers are taking.

As the clock ticks down to the dreaded moment of the exam, many students may feel the pressure to perform increasing. End-of-the-year finals have already been painfully anxiety-inducing for many teens, and having the burden of an AP exam looming in the distance adds another pile to their plate.

“As the days are approaching – there are less than 2 weeks – I can feel myself getting more and more stressed,” Lowe said.

Karim said that she can sense that in her students.

“It does cause some undue stress, especially for freshmen, since this is their first AP exam and they don’t know quite what to expect,” Karim said, “so it adds that layer of pressure that they don’t need.”

“I was very nervous when I was opening it; I was shaking a little bit.”

This year, there is yet another factor that may put many students at a disadvantage. In Batavia, all AP exams will be online this year, taken in students’ homes. For those who have an unwavering internet connection, no room full of crying siblings, and no parents yelling at them to clean their room or empty the dishwasher, this may not be too much of an issue. Unfortunately, not everyone is this lucky.

“Other students don’t have that luxury. Other students have brothers and sisters that are going to be around, their parents are working, and the internet might not be great. There can be a lot of other things going on that can make focusing on the test really difficult,” Karim said. “At least when the test is at school, you’re in this controlled space, and it’s in a more focused environment.”

“I get why they do it, but I think the time limit puts a little undue pressure. Especially since you can’t go back to previous questions, it doesn’t give you enough time to really think about it and unpack it.” Karim said, “ I think that the time limit is definitely a negative. I feel like students should be able to work through the exam at their own pace and that if they want to do the FRQs [free response questions] first, before the MCQs [multiple choice questions], or if you want to go back and forth, you should be able to do that instead of being regimented. I don’t think that’s really fair.”

So does the AP exam really help students? Similar to the process of deciding which courses to take in high school, whether or not to take the AP exam is dependent on more than one factor. For students like Hall, who already have plans to go to a college that will not accept the credits, perhaps it’s not. But for students like Lowe, having the exam to prepare for can be a great motivator, and it can be an effective tool to help further their education.

Stress, anxiety, and the cost of taking the exam may contribute to students’ decision not to take the AP exam. In any case, the decision requires careful deliberation and attention. Taking an AP exam may not be the right choice for every individual, but the benefits could make the effort worthwhile.