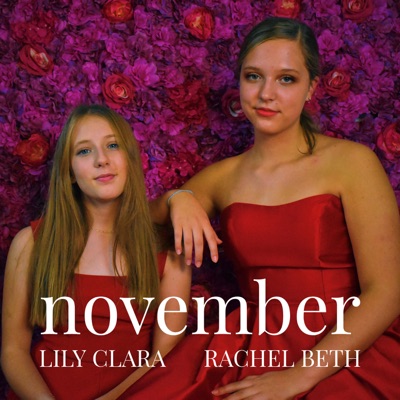 Love is in the air, well except in November. “November” is a song about heartbreak and not wanting to move on. What seems like a sweet song sends a deeper meaning into your skin.

Both girls wrote and released songs on their own previously. They wanted to bring their voices together to create “November.” Mamminga stated she only worked with songwriters on a smaller scale before, so she was beyond excited to do a collaboration. Blahnik stated that she has done collaborations with friends and strangers but nothing like this. Blahnik also stated they had similar writing styles, so it was like fitting pieces into a puzzle when creating “November”.

When working on the piece for roughly three months, Blahnik and Mamminga took a week to come up with ideas for the song. A week later they met up and recorded the song. It wasn’t until the middle to end of September that both girls wanted to release the song. Blahnik and Mamminga both wanted to release it in November. Throughout the end of September and into October they sent voice memos to each other. Mamminga took the role of producer with her home studio and got “November” produced.

“Once we decided, Lily took on the role of producer and she did an amazing job producing a full, high-quality song in a month, which is not easy,” Blahnik said. Through the month of October, we shared thoughts on the style and direction of the song. I went to go record my main and background vocals in her home studio, which was so much fun. After she finished producing it, she sent it off to get mixed and mastered, basically meaning all the tracks are balanced out and it sounds good played anywhere.”

Throughout the three months of creating their song, they posted updates and pictures all over Instagram. Many friends and families of theirs saw and supported them throughout the journey. Blahnik also stated she had support from strangers who were listening to it out of the blue.

“I heard about the song “November” on Lily’s Instagram. She posted updates, videos, and pictures regularly on her story,” said Ashley Moore, a freshman at Batavia High School.

“I was so excited to release the song, but I think it was almost like a bittersweet thing,” Mamming said. “I’d become so close to Rachel throughout the process of making the song, and it gave me a really productive creative outlet, which was much needed in my first semester of high school learning remotely. However, it felt so good to finally get the song out there – people I know seemed to really like it, and it was so cool to listen to something one of my closest friends and I had made totally by ourselves.”

This isn’t their first time producing and releasing songs. Mamminga has three other songs on Spotify under Lily Clara. This is Blahnik’s first song on Spotify, but she has released two other songs.

Peter Barsch, the high school chorus teacher, has both Blahnik and Mamminga in class. Barsch stated that they are both excited to be in chorus every day and have great enthusiasm for everything they do. They also take private lessons along with doing the school musicals. Rachel also stated that she sings whenever she gets the chance!

This song blew many people away. Barsch said he knew it was going to be awesome when he heard that they were producing “November”. Barsch also said they are bright and good musicians and both girls are also detail orientated, which has to go into making and finishing a song.

“I loved the song, and I thought it was really impressive how people our age were creating music that sounded really well and put together amazingly,” said Juliana Soltis a freshman at Batavia High School.

Mamminga stated she loves music and how it brings people together. She also said she and Blahnik got super close throughout the making of “November”. Blahnik stated that both girls continue to work together and she has a blast working with her.

With a tight timeline, the girls were able to write and produce a song that many people were blown out of the water when listening to. As the girls continue to create maybe their paths will cross again.