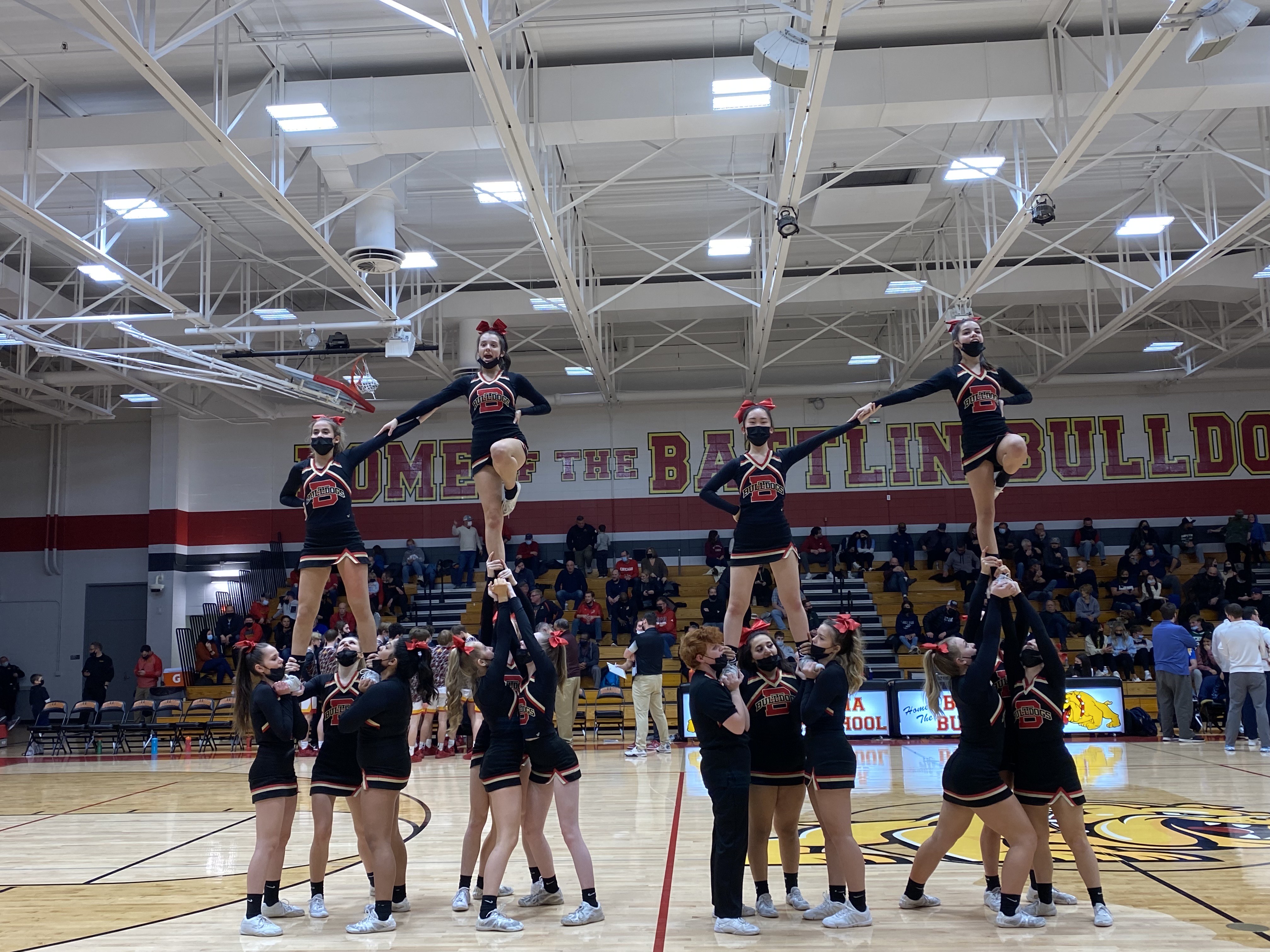 In light of the second season of the hit, Netflix docuseries Cheer being released, the legitimacy of cheerleading being a sport is coming to the light once again. While it is not officially recognized by the NCAA as a sport, I believe that it should be and it should be common knowledge that cheer is a sport.

The definition of a sport according to the Cambridge Dictionary is “a game, competition, or activity needing physical effort and skill that is played or done according to rules, for enjoyment and/or as a job”. Cheer ends up meeting almost all of these requirements. It has lots of competitions athletes perform at, for both high school and all-star teams. Physical activity is needed to stunt, which is lifting people up while performing tough skills with them. Stunting needs a lot of legs and arm strength. Tumbling is also a physical activity, in which you do different flips and tricks which need cardio, flexibility, ab strength, and leg strength to perform correctly. Even in a full routine, which consists of stunting and tumbling as well as jumps, dancing, and motions, you need all of the abilities listed above as well as endurance to do all of this while running around a mat.

Cheer also has rules, deductions, and legalities and is done most times out of enjoyment of the sport. The only requirement it does not meet is the job portion, but the only reason people can’t do it as a job is that it is not respected enough to have a professional division. Cheer can now be in the Olympics, which could make it a job, that will not be until 2028 at the earliest.

Some say that cheerleading is not a sport because they don’t compete against other teams, which is completely false. There are all-star teams, which just compete for the gym and don’t cheer at any sporting events. But even in high school teams, which do cheer for games, most of them also participate in competitions. In the DuKane conference alone, there are 8 cheer teams that compete, meaning that every school in the conference has a competitive cheer team.

Cheerleading is also seen as easy and seemingly risk-free, which is entirely untrue. According to the National Center for Catastrophic Sports Injuries, female cheerleaders make up about 50 percent of the catastrophic head, neck, and spine injuries that are acquired by female athletes specifically. While in recent years cheerleading injuries have gone down because of more safety procedures, it is still a pretty high-risk sport. On the show Cheer, over 10 athletes are injured over the course of the season, with three having concussions, two people who threw their backs out, one having a fractured rib, one having a broken arm, one with a broken ankle, and other injuries all within the 60-70 days we see the athletes practice and perform. Also, according to the American Academy of Pediatrics, while cheer might not have as many injuries, the injuries are often more severe. Cheering also is not easy in the slightest, needing lots of conditioning, training, and practice to safely and effectively do all of the skills.

While the IOC, the International Olympic Committee, has granted full recognition of Cheerleading as an Olympic sport and will allow funding for facilities, coaching equipment, and the coaching staff needed for athletes to compete, the NCAA and the U.S.federal Title IX guidelines still do not recognize Cheer as a sport. With all of the time dedication, skill, and strength cheerleading takes, it deserves that final title of being a sport.