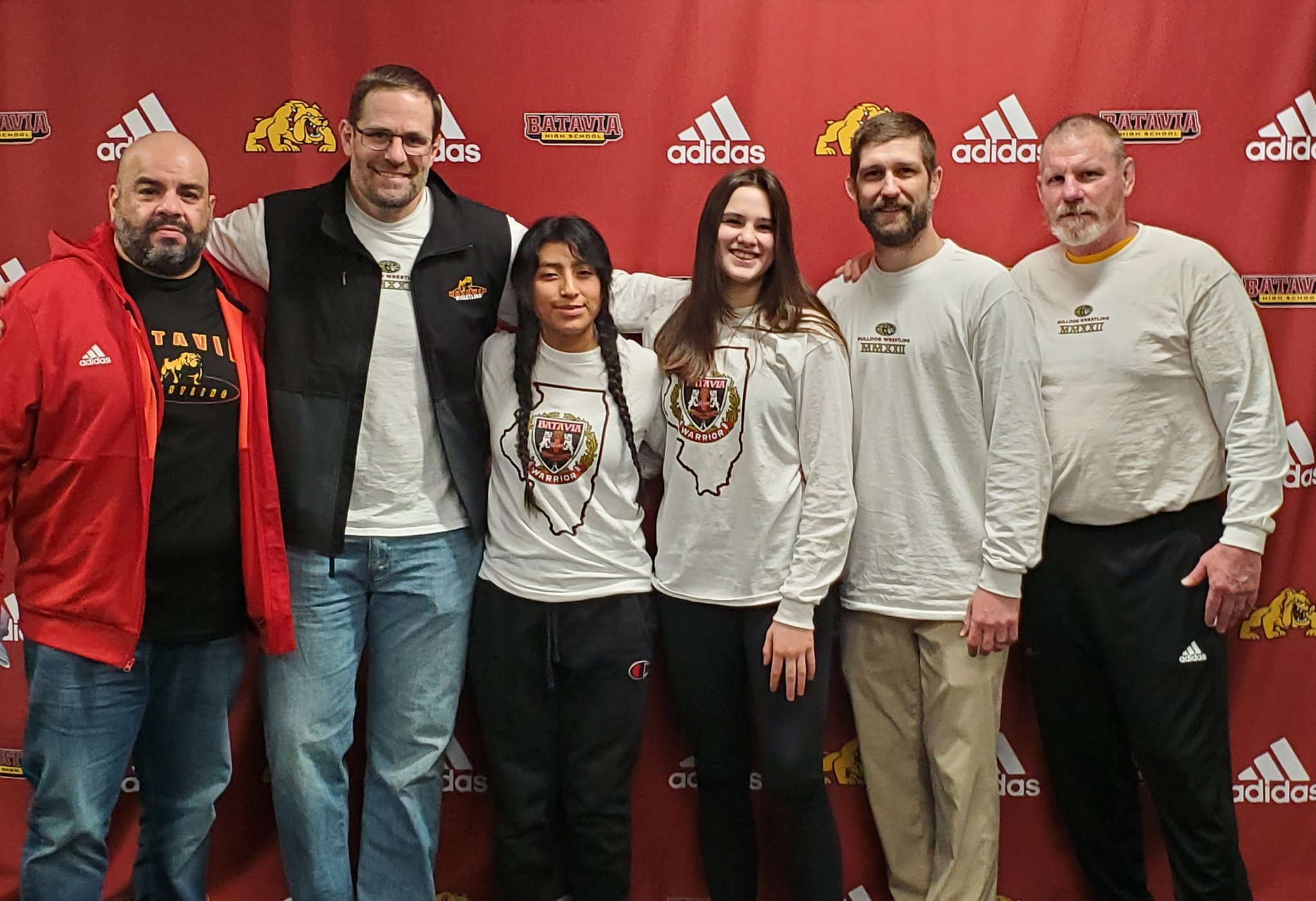 Boys’ head wrestling coach, Scott Bayer, stepped down from the program on March 22 and will be replaced by longtime assistant Ryan Farwell. Bayer will be taking over the girls’ program as head coach and no longer splitting himself between the two teams.

Bayer said he stepped down because he wasn’t able to give both programs the attention they deserve. He said that female wrestling is, “The fastest growing sport in the state of Illinois at youth, high school, and collegiate levels” and “the time to jump in is now.” He said that he wants to be the one to build the program and hopefully hand it off to a female coach. Bayer started the girls’ program in 2018 because he believed in equity. Over the years the sport has seen tremendous growth, which is why the district felt the need to create a girls’ head coach position.

Due to the rapid growth of girls’ wrestling, Bayer believes it was time to build up this community.

“I want girls to know it’s okay for them to be competitive, physical, combative, and confident and that they can achieve any hard thing to which they commit themselves,” he said.

Bayer wants to sell this idea to competitive girls who are not committed to a winter sport in order to help them achieve self-improvement and hopefully build a championship team.

“Badass has no gender,” he said.

To recruit more wrestlers, Bayer is planning on running a free introductory camp at the end of the school year. He also plans on building a more specific youth girls’ wrestling base.

Over his years as head coach of the boys’ program, he has had 126 cumulative wins. He resigned just 19 wins short of having the most coaching victories in program history. Bayer also coached Batavia’s first female and male state champions, Sydney Perry and Mikey Caliendo. Bayer handed the boys program off to Farwell, who was an assistant coach under him for nine years and coached at the University of Wisconsin-La Crosse before that.

“I am extremely excited about the opportunity,” Farwell said. “Coach Bayer has done a great job leading this team and program. I am grateful for the opportunity to continue to grow this program.”

Scott Bayer has coached wrestling for over 20 years and has been at Batavia for 17 of those. He was the head coach of the boys’ program for the past ten years. Prior, Bayer coached for two seasons at Lane Tech in Chicago and one season at North Central College.

“Coach Bayer will do an amazing job building the girls’ program,” Farwell said. “He is a great promoter and advocate for the sport of wrestling.  He has already done so much for girls wrestling here at Batavia High School and has a strong base to build on. I can’t wait to see the accomplishments of that program.”