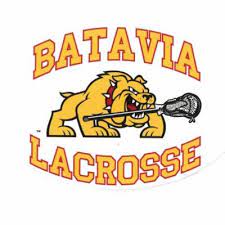 Batavia hosts the ST. Charles North North Stars on their home turf this upcoming Monday, May 2. Currently, Batavia is second in the DuKane Conference, just under their rival Geneva. While the 2022 season is on track to be Batavia’s strongest finish since 2015, St. Charles North hopes to derail this crazy train in a must-win game in order to have a shot at finishing top three in the conference. Over the years, the Dawgs have struggled tremendously against the North Stars, never securing a win within the last decade.

Since 2012, Batavia has been a lesser-known lacrosse team, with an overall record of 34-76-1. This year is special and the Dawgs know it. With a high-caliber offense and solid defense captained by Quinn Salyers, Myles Prodoehl, Colin Jonas, and Aiden Tutt, the Bulldogs have amassed nine wins so far this season with only four losses. Last game, the Bulldogs headed to St. Charles East to face the Fighting Saints. Although St. Charles wasn’t able to live up to their nickname and fight, the Dawgs bit down on the Saint’s defense, scoring 7 goals. The Dawgs’ defense was spectacular per usual, only allowing one goal in a 7-1 victory.

The defense has been a very strong point to this Batavia team. In 13 games so far this season, Batavia has only allowed 66 goals, averaging five goals scored on them per game.Partial credit to outstanding Junior goalie, Padruig Roberts.

“I mean… It’s all thanks to the defense, without them we wouldn’t have allowed so few goals,” Roberts said. A humble Roberts hopes to keep his great season as a goaltender continues with a few more games left in the regular season.

On the other end is the offense. As high powered as ever, Batavia has scored 122 goals over their 13-game stint so far, averaging nine goals per game. The highly skilled goal scorers hope to continue their streak as the season is approaching an end.

“We have many guys that are able to score,” Prodoehl said. “We aren’t afraid to rush since we know the defense can pull through.”

Including ST. Charles North, Batavia only has two more conference games to claim a top-three spot. The Dawgs are known to start their varsity lineup and then somewhere around halfway through the game, they will throw most of their JV kids into the game so they can have experience against teams they know they can beat.

Batavia hopes to make light work of the underskilled St. Charles lineup to clinch one of the top spots in the conference for the first time in 8 years. Come support the Dawgs and bring more recognition to this stud-filled lineup.