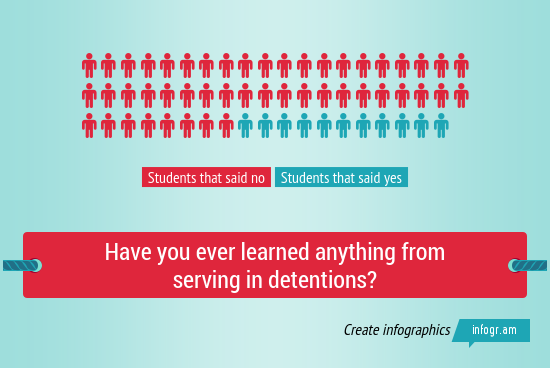 Students at Batavia High School who are late to school by even a mere 5 minutes on Thursdays receive a late start detention to be served the following Thursday. This rule angers many students, who feel they don’t deserve to serve a detention for barely being late.

“The late start detention rule shows that we value every second we have with you here,” said Tara Jerbi, dean of Batavia High School. “However, I do see how it bothers kids to spend an extra 30 minutes here on a day when they get to sleep in for only being a few minutes late. ”

The dean of students also says that she receives many complaints about this rule from students, but still, even two years later, nothing has been done to change the rule.

“Sometimes people are just running late. You never know why, and it was probably unintentional. Especially if it was only by a couple minutes!” said Katherine Osborne, a student who has never received a late start detention, but still is greatly opposed to the rule.

Anyone with common sense can see how this doesn’t add up, 30 minutes of your time wasted because you accidently ran late.

On average, there are about 15-20 students sitting in the gym on Thursday mornings. These are the students who are being punished for tardiness on the previous Thursday. The dean sees this as a positive thing, “because 7:35 is the normal time to be at school, and not asking for much of your free time. Students who do sports are also getting a break from having one after school instead,” said Mrs.Jerbi.

Being a student who has received many late start detentions, I think this rule is very unfair. I am never intentionally late to school on Thursdays, and when I am it’s not necessarily my fault. I don’t drive myself to school, and just like many other students at Batavia, I depend on another student to give me rides to school. I don’t see why I should be punished for someone else’s mistake, or something completely out of my hands like car troubles, or weather.

“If you’re only late by a few minutes, you obviously intended to be there on time,”   Said Nena Kramer, a student who has received late start detentions on many occasions. “It’s not fair to take away our late starts because students benefit from late start in many ways. It gives us a chance to catch up on sleep, do homework, and worry about ourselves for once during the school week. School compromises basically all of our time, and there isn’t a student here at Batavia who isn’t constantly tired.”