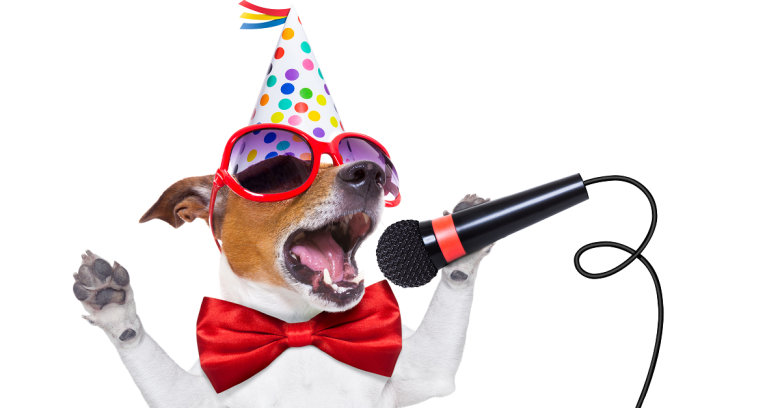 Every Thursday, I look forward to singing karaoke at Aliano’s in downtown Batavia. People often view karaoke as a way of socializing with friends at bars for entertainment. Even though it is fun, karaoke has numerous different beneficial traits.
After an exhausting week of work or school karaoke is an overall fun activity where you get to be the star in front of a live audience. It is a rewarding escape after a busy week. Karaoke can be relaxing and liberating. Singing can be known as a way to lift your spirits. Time magazine has said that endorphins may be released while singing. Endorphins are associated with the feelings of pleasure so when people sing they tend to be happy. Music provides us with an emotional and mental liberation, which lets us enjoy the moment as much as possible.
Karaoke surprisingly has several health benefits. Researchers at Ohio State University found that when someone is happy, they can reduce their cortisol level. Cortisol is a stress hormone, so your level of stress decreases when participating in karaoke. Studies reveal that karaoke lovers often have pretty low cortisol levels. Science buzz says that karaoke is associated with lowering your risk of a stroke or having heart disease.
In a study of 19,356 men ages 40 to 69, Professor Takeshi Tanigawa of Ehime University Graduate School of Medicine discovered that karaoke also has been proven to reduce stress. Takeshi Tanigawa says singing can be an Oxytocin which reduces depression, and loneliness. People who love karaoke are proven to be more optimistic, supportive and forgiving. Karaoke is a participatory activity where the patrons often join in with the singer. There is a sense of camaraderie among the audience which facilitates a feeling of belonging.
The deep breathing included in singing is a good way to cope with stress and it is good for your nervous system.
Karaoke also helps to increase your self-confidence. Karaoke has really helped me to overcome stage fright. I am now comfortable performing in public in front of a live audience on stage. This will benefit many aspects of my life.
Karaoke doesn’t always have to be about who can sing and who can’t. It is an opportunity for everyone to sing and share their favorite songs with others no matter what their skill level. It is exciting to sing your favorite songs with not a care in the world and feeling of spontaneity.
Singing karaoke is actually providing exercise for different parts of your body. Karaoke consists of many healthy benefits. This is not something that most people know, but Bruce Schoonmaker at Furman University says singing can be classified as an aerobic exercise because it can work different major muscles groups in your upper body. Singing also helps with increasing oxygenation in the blood. When singing karaoke you are exercising the heart and lungs, and it also releases endorphins. The act of singing also helps exercise parts of our brain. Participation in singing can even help prolong your life.
Some people are not as open to putting themselves out there and singing in front of others. Once you do it once, it can’t get worse from there, the nerves settle down each time the more you put yourself out there. I have lots of experience with being nervous. At first, I was scared to death of singing in front of people other than my fault. Singing anywhere is better than not singing at all. I have worked my way up to being less nervous when singing in front of other people. Now, I love singing in front of people.