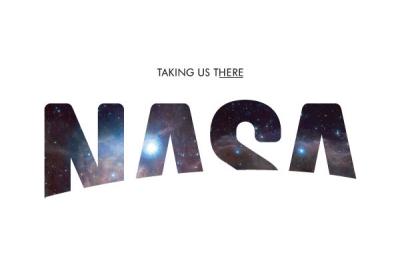 In a survey from 2012, it was shown that 20% of Americans thought that USA spent too little on space exploration. This is an overwhelmingly small amount of people compared to the 70% that thought that we were spending enough or even too much money on the program. Now, this may see like a completely valid statistic, but in reality, only 0.5% of the Federal Budget goes towards NASA in the United States. People believe that NASA’s research is unimportant and would much rather spend their money on programs closer to home; however, NASA is helping our society grow and change.

We should, if anything, spend more on NASA because they have an impact on, not only the USA, but on the rest of the world. For 50 years NASA has been living up to its vision of “Reaching for new heights and revealing the unknown for the benefit of mankind.” They study the universe, our solar system, and critical challenges facing our planet, such as climate change, sea-level rise, and extreme weather events.

On NASA’s web page, they state that, “The intangible desire to explore and challenge the boundaries of what we know and where we have been has provided benefits to our society for centuries. Human space exploration helps to address fundamental questions about our place in the Universe and the history of our solar system.”

In many cases, NASA has created technology that has helped develop our society. They created an X-ray fluorescence scanner that detects the elemental composition of an object; it is used by museums to authenticate works of art. In another case, a satellite tracking system was used to rescue more than 30,000 people all over the world.

Currently, NASA has many missions to bring us closer to Mars, but other missions are also assisting in answering our questions about our planet and the universe. The Orbiting Carbon Observatory 2 is an Earth satellite mission; It studies the sinks and sources of CO2 globally as well as providing scientists with a better idea of how carbon is affecting climate change. Another current mission is the Kepler telescope. Its is designed to survey a portion of the Milky Way galaxy in search of exoplanets (planets outside our solar system). These planets may help answer the question of where we came from and where we are destined to end up.

In the near future, NASA has many more missions planned to help us evolve and investigate our past. Future exploration on our journey to Mars, which is by far the most popular mission as of 2016, could uncover evidence of past life and life existing beyond Earth. Another mission is the spacecraft Osiris-Rex. It has a mission of flying to an asteroid, grabbing a piece of the rock, and bringing it back to Earth for further research. Scientists will then study its composition and certain ingredients that went into making the solar system or possibly the building blocks of life.

In hindsight, NASA is more useful than people assume. Their many missions are all geared towards helping our society, and nearly all of them have succeeded. I believe that NASA is one of the most important programs our country has, and should have their funding raised so that they can continue advancing our society.