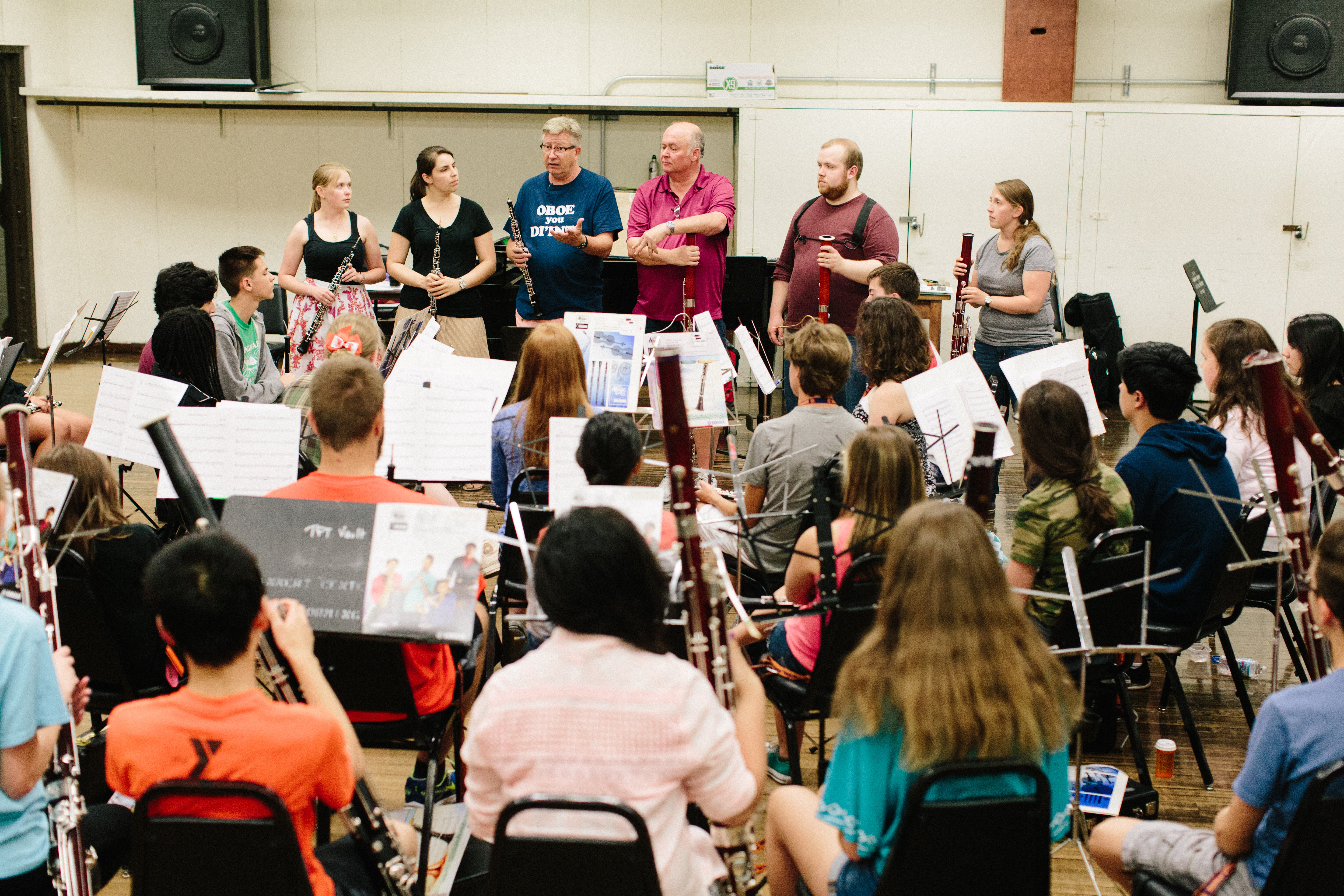 ISYM is a summer music camp held at the University of Illinois in Champaign Illinois that many people from our town (including me) attended over the summer. Most students that sign up do not know the other campers and have no idea what their roommate will be like. I recently talked to a few people from our town, and from other states about their experiences there this summer.

Even though the camp is only seven days, camp-goers are constantly learning about music in addition to developing life skills and independence, a small “college-like” experience, which propels you into a new social environment. You experience a lot in the short time you have there and you develop life skills that you wouldn’t have without participating in the camp.

I am a relatively shy student and I don’t often put myself out there enough to make friends. Going to a camp where I only knew a couple girls from my school was very scary. The night before I couldn’t sleep, I kept thinking about giving my first impression to my roommate.

I remember the first day I got there before my audition for my band placement. I was standing in front of the audition room door listening to an amazing bassoonist flawlessly play their scales. My hands began to sweat and I got butterflies in my stomach. I began to think over all the things I needed to do to play a successful audition and what I had to accomplish. I looked over my music again sung the tune in my head, and began to regret not practicing it more often.

Once my audition was over I began to feel more comfortable and welcomed at the camp. Once we had our band first rehearsal, I knew I was going to have a lot of fun and that I was going to get a lot out of the experience.

One of the things multiple people said about ISYM is that they developed good time management skills.

“I kept watch of time more often and made sure I was getting to my classes on time,” said Ava Garcia, an eighth grader at Rotolo Middle school who attended the camp. “Before ISYM, it was hard for me because I would be late to all of my classes at school and I tracked how long it would take to get to my classes [at ISYM] and when I have to leave.”

Josh Dauskurdas who is also an eighth grader at RMS explained that he got better with his time management skills because he was expected to be at certain places at specific times. At ISYM, the campers are given a ton of freedom. Their counselors expect them to be able to be on time to all of their classes, which are at all different locations on campus.

The counselors at ISYM give the campers lots of freedom. They do not wake them up at a specified time and they are expected to set their own alarm clock. They only take attendance with their floors once each day and they don’t even have to check in before walking to Green Street to go out to lunch with friends.

“I liked it because you can like go and eat food and not food but you can like go get Noodles and Company and you don’t have to stay at the building all the time,” said Julia Dauskurdas, a freshman at Batavia High School.

During lunch, they were also given the option to order in and eat food in their dorms. When Josh Dauskurdas was interviewed he explained his thoughts on eating in his dorm.

“That was pretty good because I liked being able to stay in my room and eat lunch other than having to go to school,” He said.

All of the people spoken to said they developed better social skills from their attendance at ISYM. Most of the people at ISYM make great friends that urge them to come back the following summer to hopefully reunite.

Grace Devlin is a Freshman and she said that her favorite part about ISYM was meeting new people.

“[I developed] social traits.” she said, “like being able to go up and talk to people and like not being afraid.”

Miah Miglore is a freshman at BHS who plays in the Wind Symphony Band as a bassoonist. She went to ISYM not knowing anything about her roommate and was rather nervous for meeting her.

“So at first I didn’t think I was going to like my roommate but I ended up hanging out with her all week she became a great friend and buddy to me,” Miglore said. “I learned how to make friends. I rarely do that so that was a new opportunity I made a new friend and that friendship will last 18 lifetimes. I was able to connect with different kinds of people from different areas who share the same passion as I do.”

“I liked the atmosphere. And I wanted to like see the people that I saw the year before and like room with new people,” Dauskurdas said.

Devlin was one of the friends Dauskurdas reconnected with their second summer there. They have mastered being long distance best friends.

“They are definitely friendships that I have made that will last a lifetime,” Devlin said. “I can’t wait to see if they go back and if we are able to reunite.”