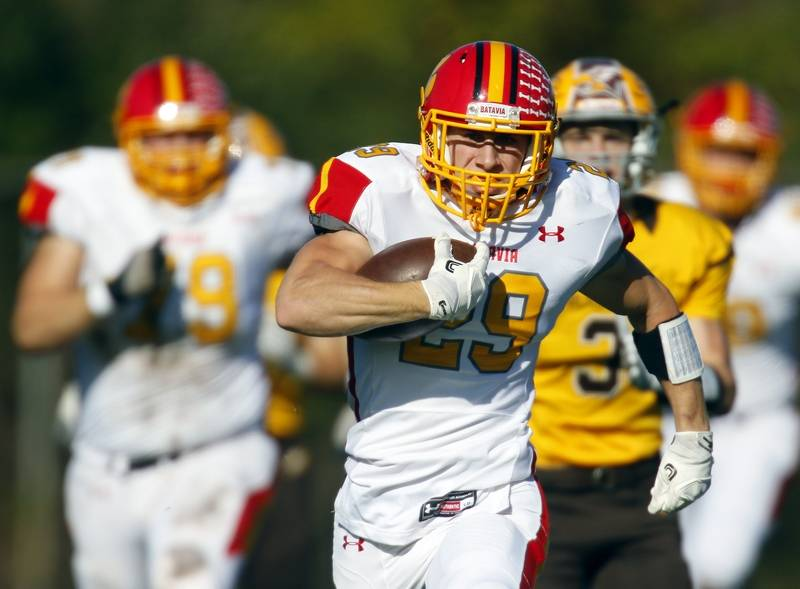 Chilly night and often chillier Saturday games that any football lover will associate with one monumental mark in their football season, high school playoffs. Illinois, a state nationally recognized for its degree of high school football, is swept up with playoffs every year from October through November. Throughout this time each class will have its teams wittle themselves down to the reigning state champion of that year (within their respective class). The talk of going to the state championship and deep playoff runs is something that is not only exclusive to post game speeches but is also frequently heard throughout the halls of many Illinois high schools. So often, these playoffs are conversed about and embraced but many high schoolers do not even understand the process and system used to create such intricate playoffs for the state of Illinois.

IHSA or Illinois High School Association, the overseeing force of high school athletics, has maintained and run the Illinois football leagues since 1974, the first year a high school team was crowned as the state champions. With 537 eligible teams contending for playoffs, only the top 256 will get to continue playing following week 9 of their season. From these 256, they are divided down into classes of 1A-8A which are categorized from 1A, the smallest with a population of 100-300 students, to 8A, the largest with a population of 2380 students up. These classes are turned into brackets of 32 teams which will then be cut into 16 teams, 8 teams, 4 teams, and then 2 teams which will ultimately result in your state champion for that class.

The Batavia Bulldogs, now 7-1 and entering a sure to be tough final game against St. Charles North (7-1) have already clinched a playoff spot within the IHSA brackets. Even with uncertain speculation of Batavia moving down to 6A due to class size and student bodies, the Bulldogs should expect a tough path through the 7A bracket, as usual. Following a deep run to the quarterfinals last year, resulting in a 42-12 loss to Cary-Grove, Batavia hopes to meet if not exceed this road of wins over Pekin and Simeon.

Looking forward to the first round of the playoffs Batavia has so far been projected to play McHenry (currently 22 in 7A) according to Edgytim, a well known sports analyst within the area. Playing lower seed teams, Batavia has constantly been plagued with the sleeper teams of 7A and 6A that were in competitive divisions and due to this had lower records which resulted in their low seed placement, causing many hard first rounds for our team. Luckily, this year teams such as Maine South, a previous powerhouse of 7A, is now 8A. On the other hand, Hoffman Estates, a team known for putting up big numbers within their respective schedules, has now been bumped up to 7A as well as Reavis, a team previously in 6A. With many additions and subtractions within 7A, Batavia football fans can be hopeful for a well matched first round playoff game as well as an intense 7A road to state as always for the Bulldogs.