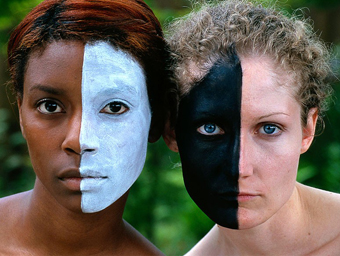 Since November, numerous hate crimes have reignited discussions about race relations in the United States of America. Latent racism has come to a head in the form of these sensational, outrageous acts of bigotry, but there remain questions about the overarching attitudes which fostered such actions. The socioeconomic story behind racism in America discredits any argument that “reverse racism” exists, for the advantages whites maintain in nearly all spheres disqualify them from experiencing any tangible race-based discrimination.

Black America and white America are two very different experiences. Black Americans have a net worth thirteen times smaller than that of white Americans according to the Pew Research Center. Additionally,  other disparities are contained within this statistic. Black people have a lower median income and less household wealth than white people. They also are less likely to be homeowners. However, this is not due to a fundamental difference in work ethic between the two races. According to David R. Williams, Ph.D., and Toni D. Rucker, Ph.D. it is statistically more likely for people of color to have less access to quality health care and housing, which equates to having less access to higher education, and thus leads to such a dramatic difference in wealth.

Inequality in education is a much deeper issue than people of color having limited access to higher education. As early as preschool, black children are four times as likely as white children to be suspended. As students progress through the education system, the likelihood of children of color being arrested and churned through the juvenile justice system increases. A research team from Harvard discovered that many black boys are punished more harshly than their peers due to being perceived as older than they really were. These children are at a steep disadvantage, because children who are suspended and expelled frequently are more likely to drop out of school, and those who drop out are more likely to be arrested. Conversely, white children are perceived as more innocent than their non-white peers.

In light of such empirical evidence towards the continuous systemic oppression of people of color, there is no case for “reverse racism.” Racism is built into America’s oldest institutions and it affects people of color in very real, very tangible ways. Prejudice on the part of a non-white person cannot be classified as racism, because racism implies that there is a system in place which would benefit the oppressor because of the aforementioned oppression. There is no such system which works in favor of people of color. America is a deeply divided country, but it will not be fixed by pointing fingers and accusing non-white people of racism. Instead, white people must acknowledge their privilege and do their part to fix the systemic racism pervading America. Racism cannot be reversed, but it can be abolished, and that goal must unite all Americans.