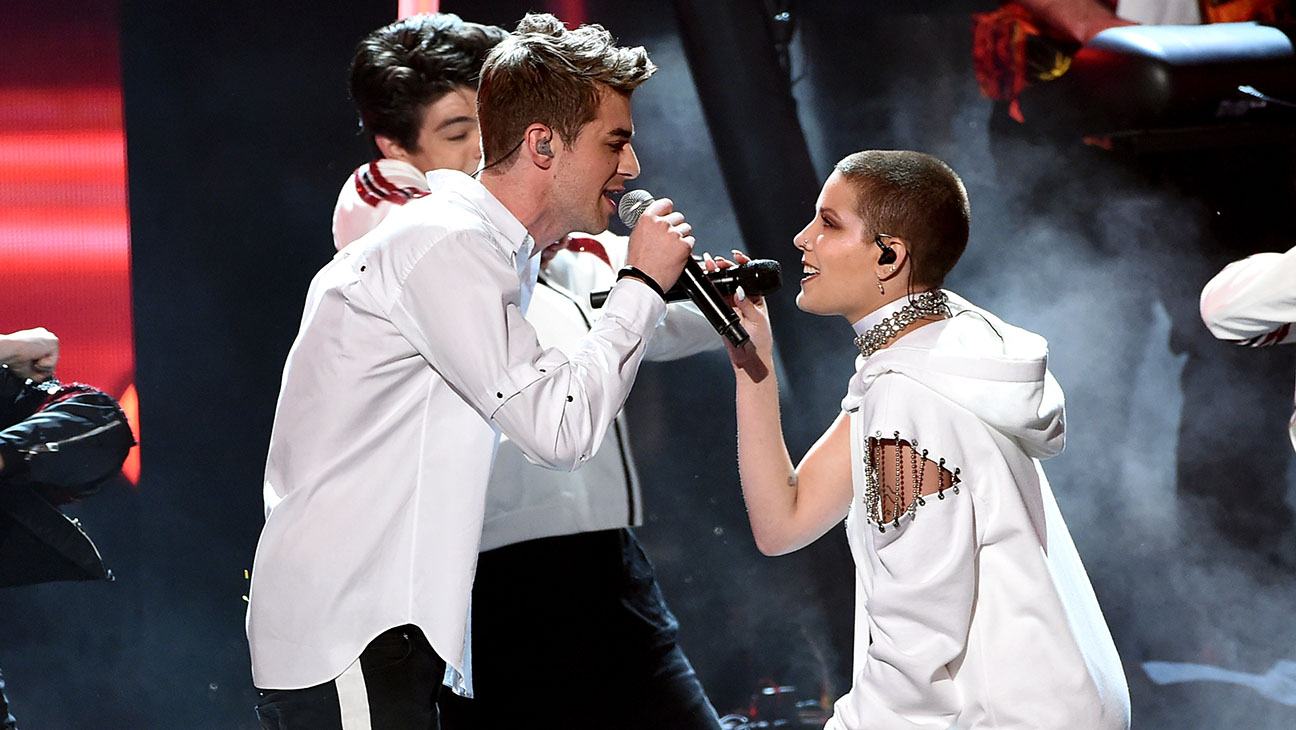 The stage was complete with moving neon geometric shapes in the backdrop that floated across the back screen as the song progressed. The artists emerged amid massive smoke with fog machines pumping across the floor. Bright white lights flashed to the sick beat. This all created an intense energy that transferred immediately to the audience.

Clearly, there was an underlying theme showcasing the color white. Halsey and Drew Taggart were both clothed in whited. The props, lighting, and smoke were also white. The projected shapes across the stage were white as well. Heck, even Halsey’s nails were white! Halsey recently created a white Instagram theme after her Badlands tour was officially over. It is believed that this white theme ties directly into her next album The Kingdom.

As opposed to their performance together at the Video Music Awards, this performance featured backup dancers. The backup dancers followed Taggart through the tunnel on the stage and Halsey entered late on in the performance during her vocal solo in the second verse.

Along with the professional dancers behind them, Halsey and Drew showed off their dancing skills while singing. After the beat dropped, the fireworks skyrocketed straight up and the artists let loose on stage to the music. The special effects, dancers, and lighting all escalated the performance to a different level.

After the climax in their performance, the guest drummer Travis Barker of Blink-182 unexpectedly emerged upward through the stage floor on a platform while playing the drums. His rousing, high-energy performance had the crowd up and dancing.

One of the main things I like about live performances is when the artists sing their part a little differently than in the recording. During this show, Halsey changed the end of multiple phrases to spice it up a bit. It was refreshing to hear something a little different than the version on the radio every hour.

Overall, I was amazed at their performance and thought they did a phenomenal show from start to finish. The special effects, white theme, backup dancers and guest artist Travis Barker all elevated this performance and left the audience wanting more. I think everyone is dying to see what these artists come up with next.