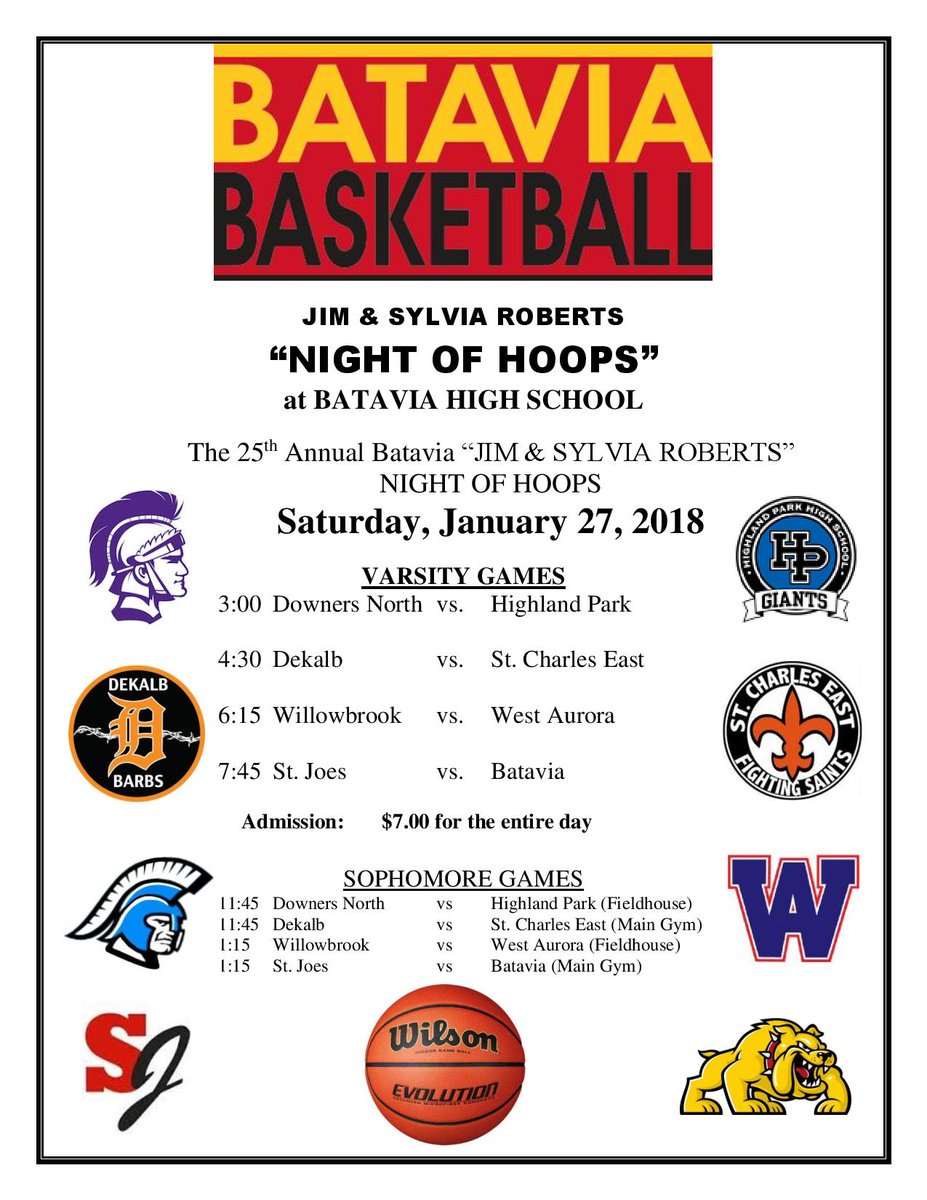 On Sat., Jan. 27,  Batavia High School hosted their 25 annual Night of Hoops. This event featured eight high school basketball teams competing against each other all throughout the course of one day.

On the day of the event, there will be two different sections throughout the day, one for the sophomore games and one for the varsity games. Both the sophomore teams and the varsity teams for each school both play on Night of Hoops. The Sophomore games start earlier, however, and two games go on at the same time. The Varsity portion of the night will have all games take place in the main gym with the ending game being the game that the Batavia High School’s team plays in. The admission fee to attend the event for however long is $7.00 per person.

BHS head coach Jim Nazos stated that the Night of Hoops was likely to go on for so long with the impressive amount that the people who help organize the event have planned ahead.

“We are already planning for the next year, and the year after that,” he said.

It seems as though the event is not going to slow down in future years with how much the organizers are planning.

Batavia’s Night of Hoops is an annual event that began because of one of the high school’s coaches had an idea back in 1993. The school’s boys basketball coach at the time, Jim Roberts, wished to see his school’s team and a bunch of other teams in Illinois compete in a series of games to see which team was the best. The first time it ever happened had several teams from all around Illinois come into the gyms of Batavia High School and play. It was a great success and clearly sparked the tradition that has continued annually ever since and will continue even 25 years after.

There were some impressive and close matches, demonstrating the schools’ teams skills. Hopefully, the tradition will live on throughout the future and continue to give a night for great teams to compete.

In the finale of Night of Hoops, Batavia lost to St. Joseph’s with a 54-42 game.