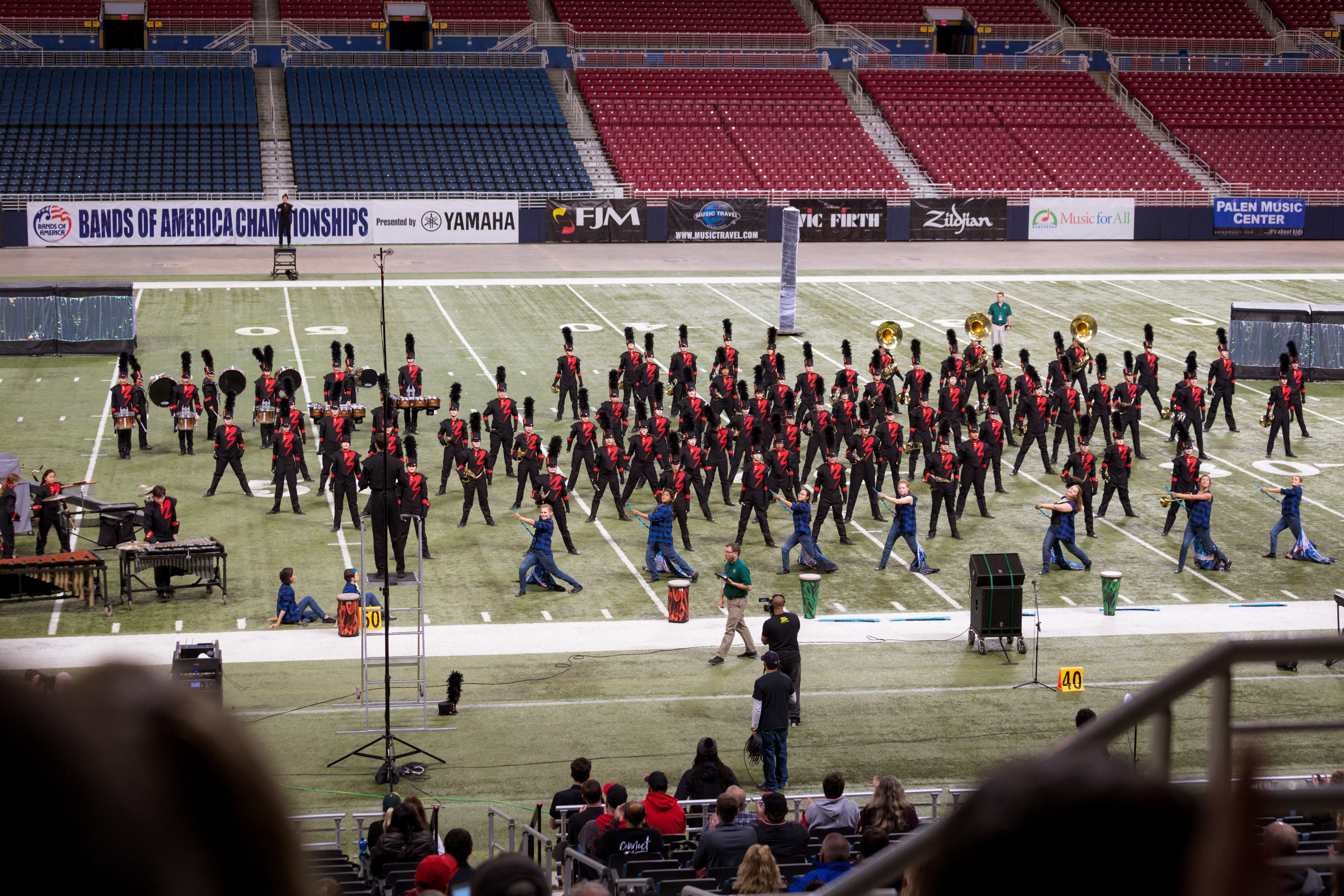 The city of Batavia sings with all different kinds of positive energy. There’s one source of energy that the people in Batavia do not know about, their high school marching band. Under the direction of Chris Owen and Brian VanKley, the band has produced a show this year called “Connect.”

The band directors work with each and every one of the students inside the marching band and outside the marching band, encouraging the students to push past their limits and expand their musical minds to practice beyond their musical ability. The band and colorguard tell their story by showing their audience that technology creates an illusion of connection with one another, but in reality, it’s ultimately driving disconnection of human interaction. They explore the breakdown in human connectivity and challenge their audience to seek out different ways to engage with one another in genuine human interaction. They achieve this by taking time out of their summer to accomplish this goal.

The band and colorguard starts practicing as early as July and wrap up their season with a bang late in October. During the hot July season, the band spends more than nine hours a day outside on the turf field, every day until the school season starts.

“The hardest parts were trying to keep the energy flowing throughout each rep without getting tires, and personally, learning the music with dots extremely quickly on an instrument I had just started,” said David Heidenreich, a BHS junior and member of the drumline.

Every ounce of blood, sweat, and tears has been shed to produce a 10-minute show to amaze their audience and take up the field in competition.

“Although we didn’t make finals at Downers Grove South, I still think we had a very strong performance during the competition,” said Joshua Tharp, BHS senior and member of the mellophone section. “We can really do a lot to entertain the audience, and I think that’s absolutely terrific!”

Overall, the marching band has been very successful in their competition season. Together, they placed third in the 2A class and 10th overall in finals at the Lake Park Lancer Joust at Lake Park High School, fourth in the 3A class at the Northern Illinois University Red and Black Classic, second in their 4A class at Downers Grove South High School, and fourth in the 4A class at Illinois State University Invitations Championships.

Some students in class-band are skeptical about joining marching band, but Dannie Burgraaff, BHS Senior and Head Colorguard Captain, encouraged students to join.

“I’d say try it,” she said. “Whether you are in the band or guard, try it and I promise you’ll love it. We have such a good community and such a good program. It’s so fun and you learn so many life lessons from it! You make lifetime friends and make great memories! Even though it’s hard work, it’s all worth it in the end.”