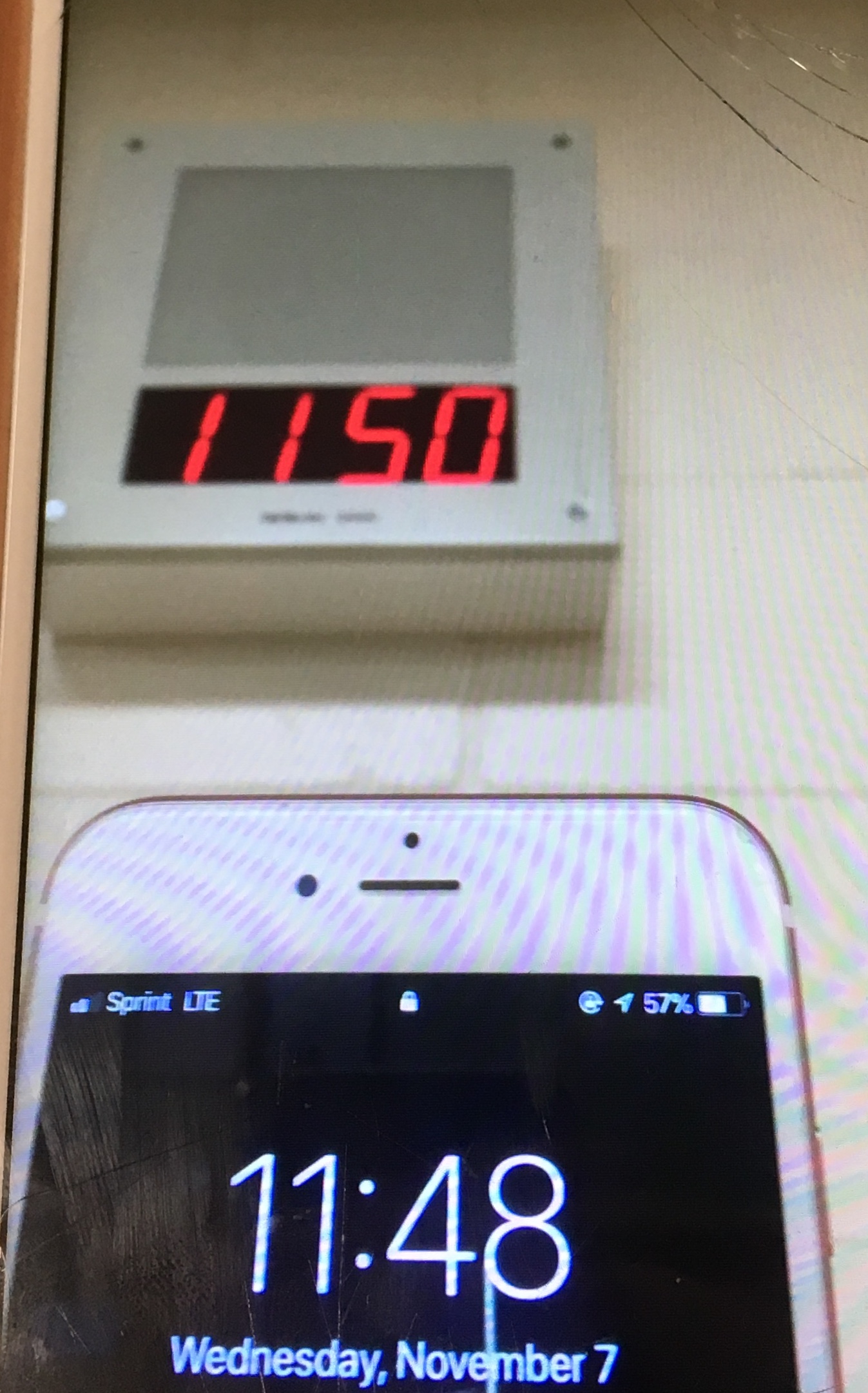 For the three and a half years I have been at Batavia high school, the clocks have always been between one and two minutes ahead of satellite time. They have never matched our phones, Chromebooks, or any other clocks we may use. It has always been kind of an annoyance, especially when students are running late.

I realize this may seem like a ridiculous and minuscule issue, barely worthy of an entire article.  However, many students at BHS feel it has negatively affected them.

BHS administration should tell first block teachers to allow students to arrive at least one minute after the bell rings in the morning without giving them a tardy. This would save the school from complaints and save students from detentions.

Many students are unaware of the reason that the school sets the clocks ahead. Out of 100 students surveyed, 80 were previously unaware that the clocks are set ahead for a reason.

“It’s something we have to do to keep the buses on their routes on time,” said Tara Jerbi, former dean of and current assistant principal of the sophomore house at BHS.

Despite the fact that the clocks are set ahead for an important reason, students are still receiving unnecessary consequences due to them.

“I got an hour-long detention this year for having ten tardies. Each of my tardies was all within a minute after the bell ringing. My brother is the one who makes me late, and it’s not an issue for him because his teacher doesn’t really give out tardies,” said senior Shelby Woods.

Shelby’s situation shows how different teachers have different rules about tardiness at BHS. Some teachers are easygoing and will give students an extra minute to class in the morning, while others will mark students them even if they’re walking in as the bell is ringing.

She’s not the only one unhappy. Seventy-three out of 100 students said they felt that the clocks had negatively affected them in the past. Sixty-three of those students said they had received a tardy for being one minute late or less to first block at one point in their high school career.

“I have received 16 tardies this year from being late to first block,” said junior Sabrina Schlenker. “A lot of those could be avoided if the clocks were a minute earlier.”

The solution to this problem is not to change the clocks, but to consider a more consistent tardy system that is considerate of students. If all teachers were told to allow students an extra minute to get to class, it may not only save students a few tardies but make them more respectful about being on time.

This may seem like a tiny issue, but in the chaos of a typical high schooler’s morning, sometimes that extra minute and five seconds is imperative. There’s nothing more irritating than receiving a tardy in PowerSchool when, according to satellite time, you were technically on time.

“I think we could probably work to be more consistent as a staff in our assessment of what being on time means,” Jerbi said. “I don’t think the clocks are something we couldn’t ever talk about. They’re just something we never have.”