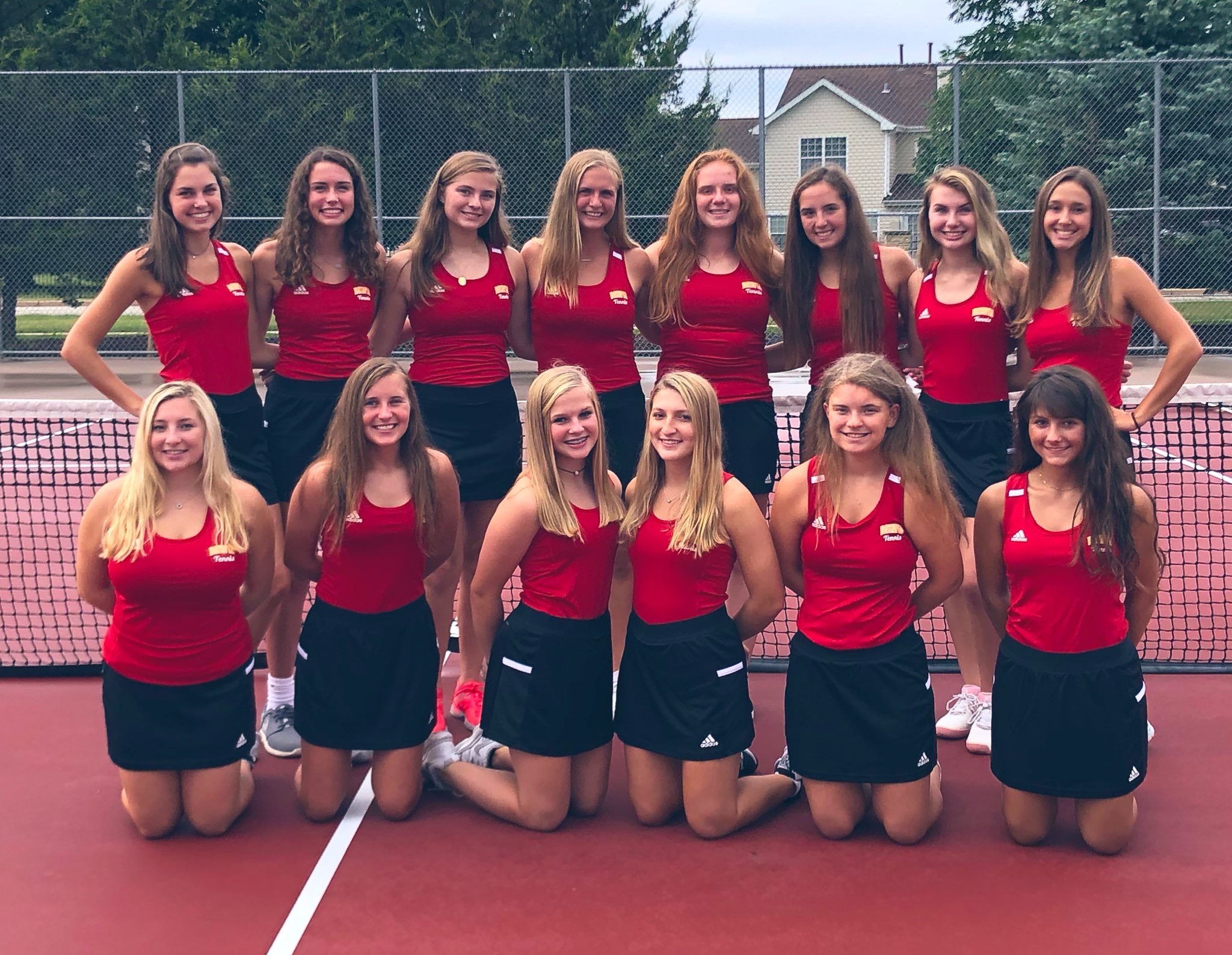 While my friends and I were kicking it back at the Quarry last summer, Madison Ostrander was averaging about seven hours a day, five days a week on the tennis court. On the varsity team since freshman year, Ostrander has experienced the in’s and out’s of the Batavia Tennis program and was stoked to talk with me about it.

When interviewing Ostrander, I could hear the passion in her voice when she told stories of the team and achieving her goals. Tennis has been a part of her life since she was four years old, but she described her senior season as the biggest encouragement in continuing her career.

Ostrander: “I came into the season with mixed emotions. I was really excited to play singles again, but I was sad because it is my senior year and my last season with the team. We also lost a lot of players from the previous year because they were all seniors. So, we had a very different lineup than before. But, it turned out to be awesome and we all played extremely well. Everyone had their own personal goals, and accomplished them as well as all the team goals, which was awesome to be a part of.”

Kelly: “Can you describe to me a couple of those personal and team goals?”

Ostrander: “For the past couple of years, we’ve either tied or either gotten second in conference. So, we were finally able to accomplish that goal [of getting to conference]. We won conference this year by one point, so we were very proud of that.”

The girls’ varsity tennis team finished off the season with not only the title of conference champs, but also a phenomenal record of 21-2. Diving deeper into the sport, Ostrander described how singles matches bring on much more pressure to the individual than having a teammate on the court for support in the doubles matches. Although this type of match can be intense for the player, Ostrander shared how the atmosphere of the team encouraged her.

Kelly: “How would you describe the way the atmosphere felt at practices and tournaments?”

Ostrander: “At practices and tournaments, we were very supportive of each other. Anytime you would finish before another teammate, you would go to cheer them on. So, it was very motivating to have your teammates cheering for you behind the fence. Tennis is a very individual sport, but also a great team sport.”

Kelly: “How do you feel this team has helped you on and off the court?”

“It’s really helped me with growing friendships. Personally, my closest friends are from tennis. They’ve also helped me just with patience. They are all great people that helped me to enjoy the sport even more. Since I enjoyed it so much, they’ve really motivated me to continue in college.”

Madison Ostrander absolutely took advantage of this motivation by finishing her senior season with a personal record of 22-12 and earning herself a spot on the Carroll University girls’ tennis team. Besides the Batavia girls’ tennis program shaping an outstanding player, they’ve helped raise an amazing person with positivity on and off the court. As she speaks of the “very encouraging” coaches, fellow teammates, and the parental support system, she stays incredibly humble despite the blood, sweat, and tears she’s put into her career. She thanks the program for four years of building her up as a player and setting her up for success at Carroll University.