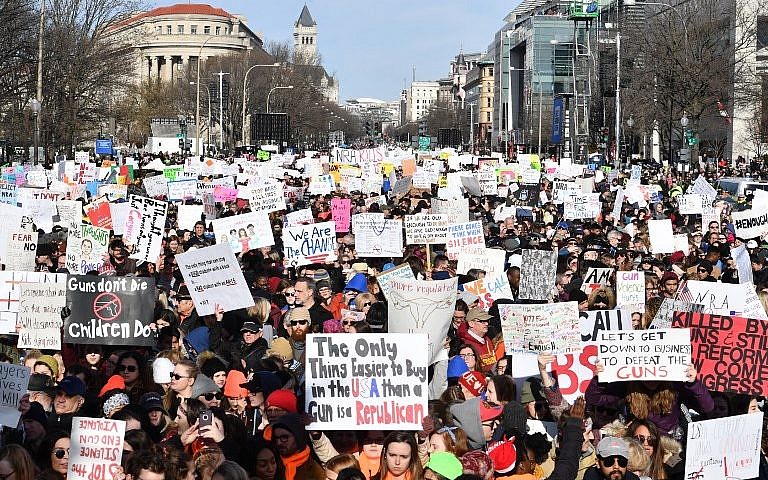 Some think gun control means taking their guns away while others believe it is creating a more difficult process to get their hands on a gun. So what is gun control? It is a set of laws that manage how and who can possess a firearm. This does not mean that your guns will be taken from you unless there is a valid reason to do so.

Gun control has been a very difficult topic but it’s time people realize that it needs to be enforced now more than ever.

Since the Atlanta spa shooting on March 16, at least 20 mass shootings have occurred. Events like this will continue to happen unless the government enforces stricter gun laws.

In 2019 a poll run by the U.S Department of Justice found 67 percent of those surveyed claimed the reason they possessed a firearm was for protection against crime while 40 percent used them during hunting and 13 percent for target shooting. In 2018, roughly 16,214 murders were committed in the U.S. 73 percent of those were committed with firearms. With more restrictions, the U.S.  can lower these numbers.

Along with those numbers, many of these cases include someone of underage. Citizens and legal residents must be at least 18 years of age to purchase shotguns and ammunition for things such as hunting or target shooting. Any other firearm such as a handgun can only be purchased by people 21 and older. State or local officials have the ability to raise the age restrictions higher but are not allowed to lower the federal minimum. Over the past few years, thousands of underage citizens have gotten their hands on rifles and other firearms of many styles.

If gun laws were more strict, many of these tragedies would not be happening. Recently the Boulder, Colorado shooting has impacted many. During this event, 10 people lost their lives to a gun, as of now we don’t have information on how he received the gun or if he did it in a legal way nor do we know a motive. The alleged shooter’s lawyer claims he is battling with a mental illness. This mental illness should’ve shown up on a background check of some kind in order for him to receive the gun unless it was bought off of somewhere unprofessional.

Another example where gun control is clearly needed was the Kenosha shooting. The shooting occurred during a Black Lives Matter protest where Kyle Rittenhouse and his friend Dominick Black arrived with an AR-15 style rifle. Rittenhouse was 17 at the time leaving him underage. Although Black was 19 during the shooting, he was 17 at the time of the purchase. Professional gun shops should not be selling to anyone underage. These actions may lead to horrific situations such as this one. Two people lost their lives that day while two others were injured. Some watching the news from home noticed that the police weren’t doing much during the time Rittenhouse was casually walking around with a large rifle. This stirred up a lot due to the fact that many believed if Rittenhouse was a person of color, the authorities would have taken him down without hesitation.

To show accurate numbers in certain regions and groups, surveys were laid out to represent statistics and the number of people who believe certain gun control claims. Only 31 percent of Republicans believe gun laws should be more strict while 86 percent of Democrats believe gun laws should be enforced more often. One thing both parties can agree with is that those who struggle with a mental illness should not be allowed a firearm. They also agree to background checks at professional shops and gun shows.

Americans continue to debate whether a legal change will lead to fewer mass shootings but there isn’t a way to find out unless some sort of action is taken. During the same survey, republicans were asked if the following claim was true. “if more Americans owned guns then the crime rate would lower” 50 percent of Republicans agreed.

Another claim asked during the survey was if it was harder to legally obtain a firearm then there would be fewer or more mass shootings.  Of Republicans, 67 percent claimed there would be no difference.

To show how many guns are used in the U.S, about 7.7 billion people live on this planet. Americans only makeup about 4.4 percent of the world population but own about 42 percent of the world’s guns. It feels like American gun shops are simply passing guns around as if they were toys.

Not only do guns sometimes lead to massive shootings but they can lead to accidents. One out of three homes have guns which may be easily attainable by children. Accidents connected with guns are the second leading cause of death in children and teens.

Parents continue to claim that their children “know better.” However, many studies show that when a firearm is found children will still attempt to handle it. Many adults also believe children aren’t strong enough to pull the trigger but if handled correctly it is very likely. Not only can these accidents happen at home but nearly 40 percent of all accidents occur in the house of a friend or distant family member. If you would like to continue keeping a firearm around her home invest in a gun safe, gun locks, or lockboxes. Also, check with other parents and households in case firearms are present. If so, ask them to keep them unloaded and in a safe place where children can not find or reach.

Overall, gun control has been a touchy subject but with all these events leading up to this point it is only reasonable to attempt more gun restrictions for the safety of ourselves, our children, and all those around us