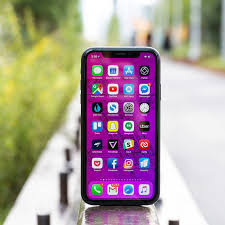 The pandemic deepened a learning crisis and affected students across the world. This forced more than 1 billion kids around the world to halt their education and resume it online. It is argued that this adjustment did more harm than good, with students not participating, sleeping during classes, and limited of social interaction, something was bound to happen.

While people spent many months locked in their homes, social media apps like TikTok and Instagram, soared. Junior, Michael Culbertson, summed up his quarantine experience during remote learning at Batavia High School.

“You sit at home on TikTok during online school and you learn nothing in Geometry,” he said. “I would be a very different person if this wasn’t the case.”

Social media has been recognized to be mentally damaging to people. But with new, younger, and more impressionable users on the rise, social media has led kids to falsely depict the environment around them. But many argue that social media in quarantine was essential in finding their real identity. Is this true or simply a result of a twisted reality?

“I feel like social media has created a gap between two views instead of just a combined accepting of everyone’s opinions,” sophomore Emily Felkins said.

From March 13, 2020, to Aug. 14, 2022, Batavia High School was either fully remote or hybrid. From everyone thinking this was a good thing at the beginning, to just waiting for it to be over at the end, isolation had a very large impact on students’ personal friendships.

Though it is almost the end of high school for her, senior Elena Felski felt robbed of her high school experience.

“I feel that if the pandemic had never occurred then I would have continued to grow and make new friends throughout high school,” she said. “In my Sophomore year [last year before Covid hit], I started to finally feel like I was getting into the groove of things and loved the school environment but then quarantine hit”

Because of a halted society throughout quarantine, while older students don’t seem to be as affected, some argue that younger students at BHS are developmentally more behind than they should be.

”I feel like a lot of people act more immature and my class as a whole hasn’t grown as much as they should have,” said Emily Felkins.

While many students feel behind both behaviorally and personally, other students at BHS feel as though quarantine has had its ups and downs.

But was quarantine somehow essential for student development?

“I feel mentally dumber but physically stronger…but if quarantine never happened I would be a very different person. If it didn’t happen [quarantine] I would be on a different path but I couldn’t say which one would be better,” Culbertson said.

Ever since this big change, many people find themselves wondering who they would have been if quarantine had never happened. But this could only lead to stress and frustration on their part. It might be hard to imagine what reality would have looked like today if things hadn’t been so shifted by Covid. Students seem to be slowly but surely picking up the pieces as education at BHS returns to its normal state.