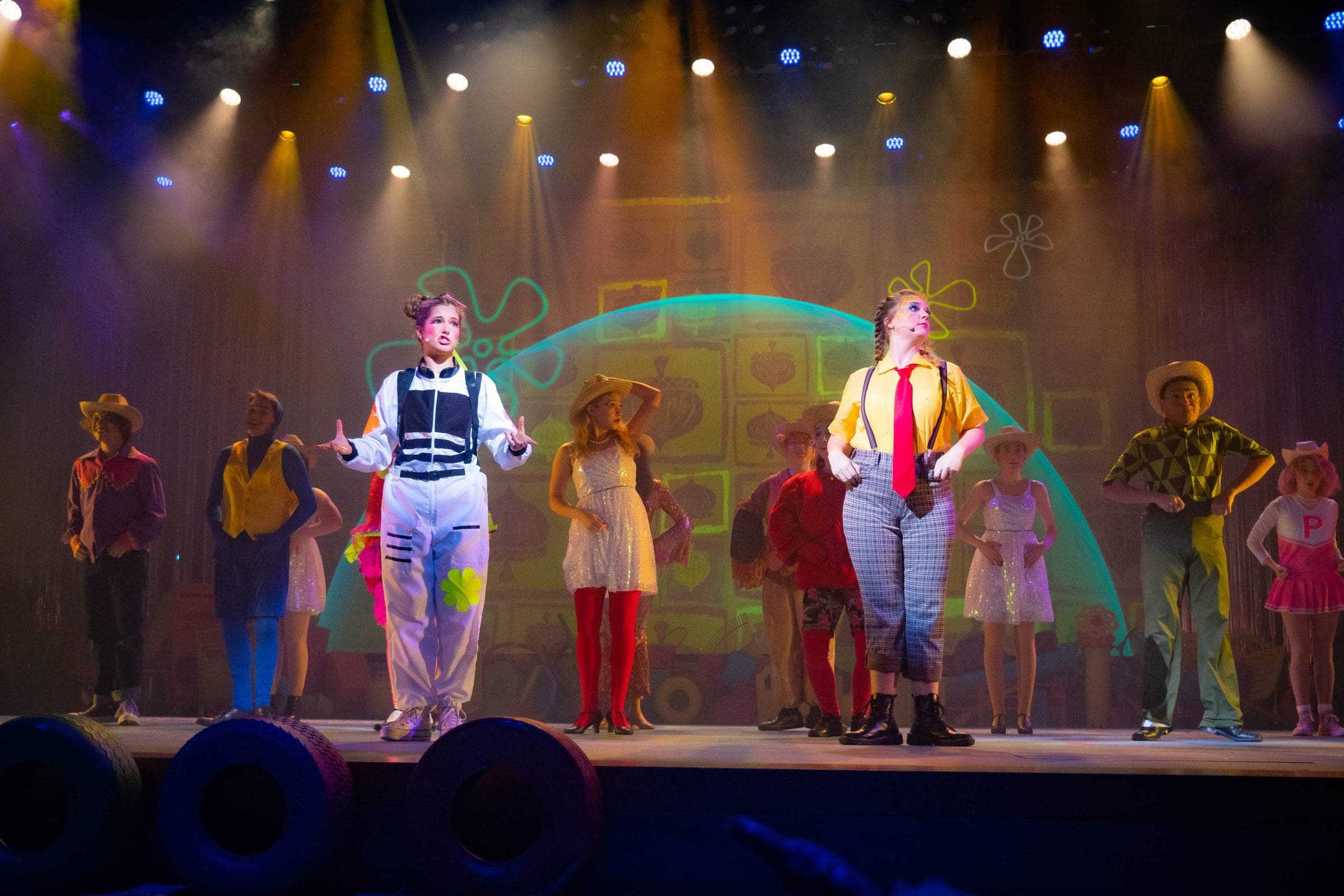 Batavia High School’s spring musical was performed on Thurs., April 14; Fri., April 15; and Sat., April 16 at 7:30 pm. Tickets were on sale at bataviafineartscentre.org or at the BFAC box office on the night of the show. Students were eligible for free tickets, which they could claim during their lunch hour on Mon., April 11, and Tues., April 12.

SpongeBob was the first BHS musical since school has returned to fully in-person classes.

It’s not just those involved who anticipated the event. Tickets sold fast, which shows that BHS students and local theater fans also share in the eagerness to return to live entertainment.

“The show is one of our biggest since covid making it an exciting bounce back into the live musical performance and experience the BFAC presents every year,” said junior Fleur Budke, the stage manager of the musical.

The anticipation has been building since February for the cast and crew, as that is when rehearsals began. As the stage manager for the performance, Fleur Budke, has stated, it takes a lot of practice to memorize all the choreography, lyrics, lines, and other steps in the show.

“We rehearse most days during the week but this is usually dependent on where we are in the show,” said Budke, a junior at BHS. “Towards the beginning, we rehearsed about four days a week and continued to increase this level of rehearsing as the process continued. The rehearsal lengths are about 3-10 hours, depending on where we are and end up working. These long hours are very beneficial though, as we produce amazing productions and create amazing progress.”

As for the plot of the musical, the synopsis from Shaw Local says: “The stakes are higher than ever in this dynamic stage musical, as SpongeBob and all of Bikini Bottom face the total annihilation of their undersea world. Chaos erupts. Lives hang in the balance. And just when all hope seems lost, a most unexpected hero rises up and takes center stage. The power of optimism really can save the world!”

Many students today remember SpongeBob as a fond staple of their childhoods. Did the musical stay true to the nostalgic television show?

“The show actually provides an original plot following your favorite characters from Bikini Bottom,” Budke said. “While the episodic show was very interesting and fun to watch, this plot-based show will hopefully teach the audience lessons about themselves!”