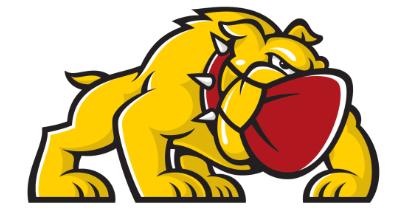 Mask mandates in schools have been a highly controversial issue lately, especially with our latest change in mask rules at Batavia High School. The removal of our mask mandate has sparked opinions of teachers and parents that have been quite conflicting. In all this mess of opinions, what do students, the largest group affected, think? Turns out, like the adults around them, they have a wide variety of opinions.

“I don’t think the mask mandate should have been removed,” said senior Eden Sagarin. “I think it was a little too soon since covid is still a problem, especially with travel and spring break, and masks were able to somewhat prevent the spread. I’m sympathetic to the difficult situation that the school was in, however, I think it would have been better to keep the mandate until the end of the year and then reassess. I believe the opinions of students who did not want to wear masks were listened to, but by removing the mandate it feels like it ignored the students who need everyone to wear masks to keep themselves and their families safe.”

This sentiment was also shared by younger students like freshmen Charlie Liska.

“I think that removing the mandate is dumb because people are still dying,” Liska said. “I have a bunch of older relatives that I don’t want to be around anymore because there’s probably someone with covid at the school and it’s going to spread.”

Other students, like Mitch Moss, have found that the removal of the mask mandate has helped them.

“I’m fine with the mask mandate being removed,” Moss, a freshman, said. “The masks have been disturbing me a lot because they fog up my glasses and I can’t see stuff, so it’s nice to know that I’m finally getting rid of them.”

Other students, while may not initially accepting of the removal, have also come out in support.

One of these students is Eli Rodriguez, a sophomore at Batavia High School.

“Most people have issues already and they have to wear masks whether or not it’s Covid related,” Rodriguez said. “At first, I wasn’t really accepting of it, but then when I checked, the rates for Covid were getting really low. I’d say I’m fine with it, everybody’s being safe from what I’ve heard.”

This accepting kind of sentiment seems to be the most common of all among students.

A great example of this sentiment being expressed is in fellow sophomore, Kale Star, who feels much the same as Rodriguez.

“I feel like earlier when the mandate was first removed I would’ve said that it was a bad time,” Star said. “At this point, I feel like the virus has gone down to a degree that masks in school are your choice. If you feel comfortable wearing a mask that’s great, I prefer to wear a mask. I think that if you’re wearing a mask that’s a good thing, but if people aren’t wearing a mask at this point honestly I don’t really care.” And along with this sentiment of acceptance, there also is the value to make all students comfortable.

Batavia High School students are as divided on this issue as the adults. Some find benefits in the removal of the mandate, while others feel only fear. Still yet, there is a wide sentiment of acceptance among students as the pandemic plays out.