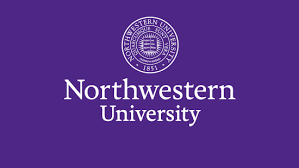 As the year 2021-2022 comes to a close, hundreds of seniors are preparing themselves for the next stages in their life. Some are opting in for joining the military, many are hoping to continue to pursue their interests at state schools like UIUC, Illinois State, and Waubonsee, and still, others are going to attend colleges and universities across the country.

Yet, a few select students have spent these years pushing themselves in hopes of being able to attend some of the prestigious institutions across the nation.

Steve Lin is one of these few students. This next year he will be attending the University of Northwestern majoring in pre-med with hopes of becoming a physician.

“I hope to find what I’m interested in specifically in healthcare,” he said when asked what he hopes to accomplish by attending Northwestern. “I also want to find a like-minded community that helps me achieve my goals, and improve the world.”

He said he wished to go specifically into pre-med “to pursue an interest and make a direct difference in people’s lives.”

Though he didn’t wish to share the specific amount, Lin will be receiving an impressive sum of money from the Northwestern scholarship program.

Throughout high school, Lin has been known to maintain a high GPA, achieve on tests, and otherwise perform well in class. Many commonly reference Lin as one of the smartest individuals at BHS, and his wide array of AP and honors classes across many different subjects reflect that.

On top of this, Lin has been involved in numerous extracurriculars, as well. For as long as he’s remembered, he has always been a soccer fan. A new member of the BHS varsity soccer team this fall, he was made to compete with other more seasoned varsity players.

“It was short,” Lin said of his soccer season this year. “It was very turbulent. I basically just had to work harder than everyone else to get to the same point as everyone else. The most valuable thing is how it taught me to pursue goals. Not actual soccer goals, but life goals, you know?”

Yet, even though he had a fun and exciting time with soccer, he says that he now wishes to primarily focus on getting ready for college and studying pre-med.

In addition to his dedication to soccer and his studies, Lin has worked at Dunkin Donuts at the intersection of Randall and Wilson for years now.

“I’ll say this much, Lin has been working with us longer than most, and I say that he is one of the most dependable, hard-working, and dedicated employees I’ve hired,” said Don Patel, Lin’s boss.

Whenever he has downtime at work, he can be found watching soccer games, studying, or just having fun and chilling out with other employees.

When asking Lins’s peers about his personality, many will respond with very similar answers.

“Steve is quite smart,” said Grant Theobald, another senior at BHS. “I couldn’t imagine doing pre-med, but Steve can handle that for sure.”

Aside from his intellectual abilities, others have listed qualities of Lins that they deem to be valuable, as well.

“He is one of the most chill people I know, and I would definitely say that I value Steve’s friendliness,” said senior Logan Lin. “Everybody likes the guy.”

“I am personally inspired by Steve’s work ethic,” said senior Liam Cheney. “I always see him on the grind, and I really think it paid off for him.”

For countless people in our community, Lin has been a valuable friend, student, teammate, and employee. His accomplishment of getting into the Northwestern pre-med program is just the beginning of what he can achieve. We wish him the best of luck in future endeavors, and we know that he will accomplish great things.